It has been a while since anyone has replied. Simply ask a new question if you would like to start the discussion again.
crackxda
New member
1 0 0 0
Message 1 of 2
68
Flag Post

I basically have the same question as covered previously in this question: https://h30434.www3.hp.com/t5/Notebook-Hardware-and-Upgrade-Questions/Upgrade-CPU-to-Q9100/td-p/6923...

I am looking to upgrade the CPU and my options are either an X9100 Dual Core or a Q9100 quad core. Accoring to the previously mentioned post and the manual, the Q9100 should work but it doesn't?

In a different thread I saw that you'll have to isolate 5 pins for the Quad core to work properly (see image below), is that correct? 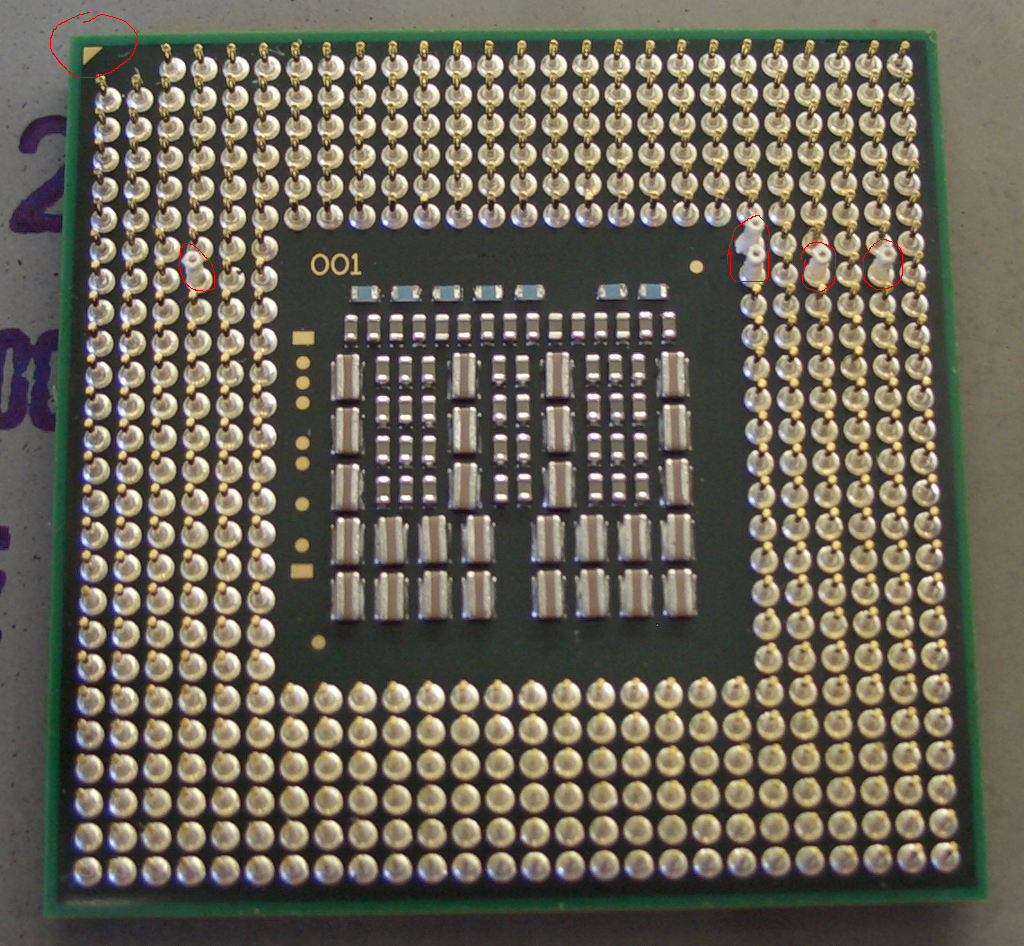 Would a Q9100 give me a performance boost over a (possibly overclocked) X9100? I mostly just use Office, watch movies and edit photos in Adobe lightroom - which is the most resource hungry of the mentioned. If the Quad isn't that much better, the safer bet would probably be to just stay with a dual core... Would either of the two CPUs have a significant speed impact  when comparing it to my current P8600? (I also currently purchased 8GB of RAM and a new SSD which I will both install together with the new CPU).

You do not want to rely on overclocking. Here is the Manual:

The Q9100 supposedly is compatible but as you have seen in that older post at least one person has had trouble getting it to work. Software is either optimized for 4 cores or not. Much of it is not. Many games, for example. General internet and Office type apps generally use only 2 cores. Recent versions of Adobe Photoshop and Lightroom are compatible with 4 (or more) cores but it only makes a real difference if you are doing large batch processing. If software can take advantage of 4 cores then yes 4 cores makes a big difference. Otherwise if it is not, then its all about clock speed and cache when comparing processors with similar architecture. You have a P8600 at 2.4 ghz right now. The X9100 dual core Extreme is not listed as compatible. I seem to recall seeing someone report success with it but cannot guarantee. Not sure why people over look the T9800 at 2.93 ghz. Its a beast of a processor. And in this case its listed as compatible and I can think of no reason you cannot go from one C2D to another. With the T9800 you would add .53ghz and double the L2 cache from 3 to 6 megs so I am thiking you get a 30-40% bump in floating point performance.

Let us know how this works out for you.