I contacted Western Digital support here in India but their service which includes their resellers/partners/marketing team head - all are 3rd class. They have rude behavior & their resellers are not even bothered to respond to questions ask over WhatsApp conversation. They have no interest to sell WDC products & have demonstrated their Irresponsible & Careless attitude, can't believe a company like WDC have such sellers/support over here. I have to push them by asking them 3 to 4 times to reply to my question asked above & than they bother to reply. Since WDC India have demonstrated irresponsible, careless & rude behavior, I now plan to look forward to an alternate option & have come across this company called as Crucial who also sell SSD though I don't see their Customer Service number & their Where to buy page shows No Result.

How is this product:

Is this a good product & reliable enough to trust in comparison to WDC SSD?

Yes, the crucial MX drive is almost as good as the WD Blue.

Crucial is an excellent company.  I buy my PC memory from them all the time.

I have no doubt that the Crucial SSD will also work just fine in your notebook.

I finally bought WDC Blue 3D Nand SSD of 500GB b'coz Crucial does not have any customer service number or service center present here in my city. When I contacted the listed service center, they said that they no longer provide service for Crucial SSDs.

Anyway,z, I got this WDC SSD installed from one of the engineers in my HP Pavilion 15 p003-tx touchsmart laptop. Now to my shock, when I expanded Disk Drives under Device Manager, I noticed it was mentioned as "SanDisk SSD G5 BICS4" instead of WDC....why would it be so? I wonder whether I am being cheated on being sold SanDisk SSD on the name of WDC??? 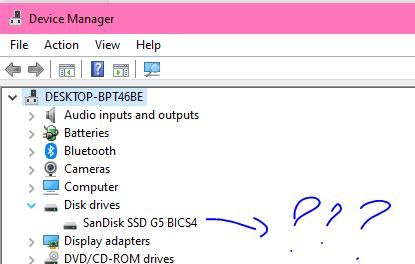 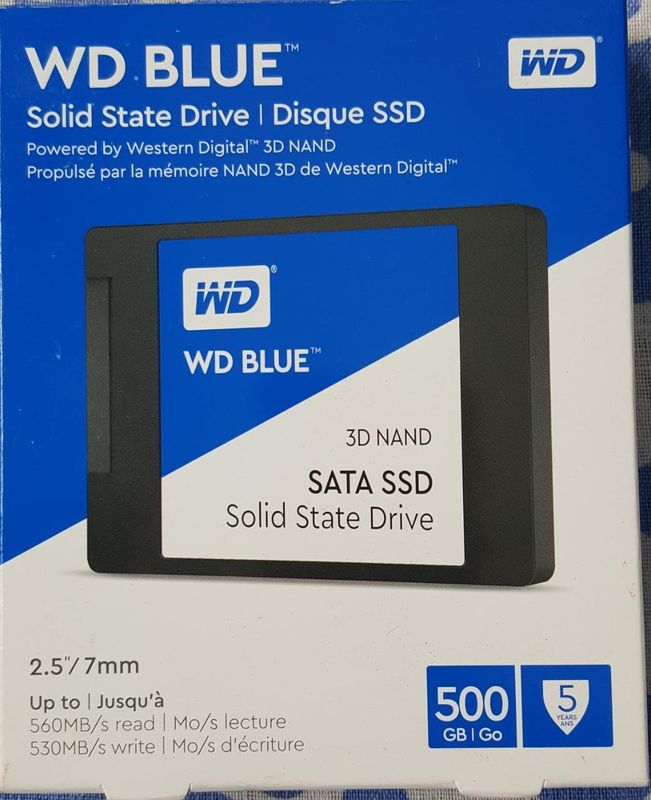 Why would this be?

Also, while the company claims that the Read/Write speed is 560/530MB/s however when I checked in Task Manager under Performance tab, I have never seen both Read/Write speed touch those numbers. Infact, the max Read speed I noticed was 200MB/s & that too just for 2 secs. 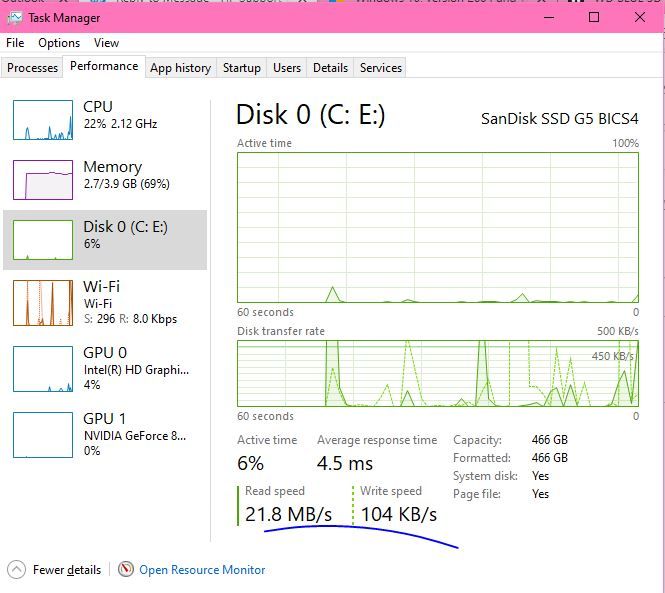 If WDC SSDs cannot perform as stated, what's the point of spending so much of money into it? It has been an extremely disappointing experience b'coz this company just CHEATS people with their wrong information & than applying various terms & conditions at our back.

Also, I noticed during the installation of Windows 10 that the actual space I received was 465.8GB as opposed to 500GB stated on this official website so I wonder where did the balance space disappeared? There is also no pre-stored software on this SSD which can be understood of for this reason of less space...its just a complete blank space so here also WDC are cheating customers... 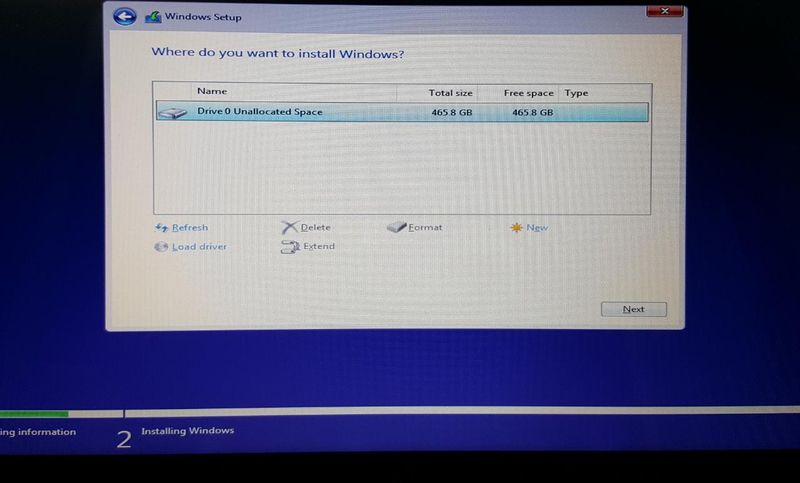 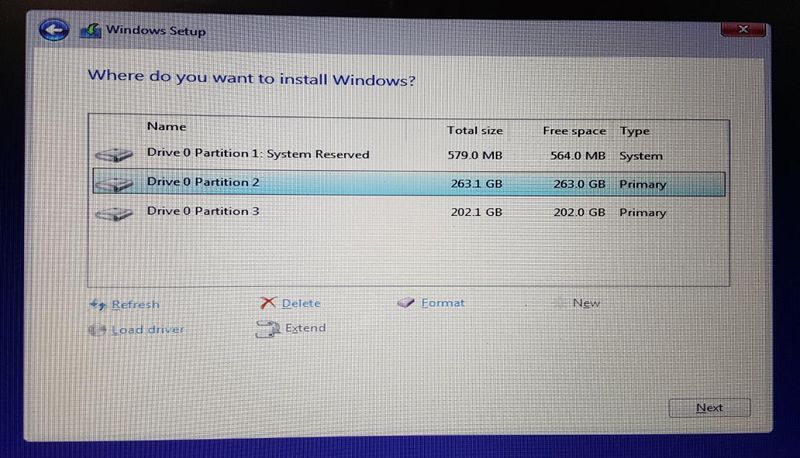 The only question I can answer are these...

Sandisk was bought out by WD and apparently the drives are now interchangable.

You never get the full advertised size of a storage drive.