turn on suggested results
Auto-suggest helps you quickly narrow down your search results by suggesting possible matches as you type.
Showing results for
Search instead for
Did you mean:
Options
AnkitKmr
New member
1 0 0 0
Message 1 of 2
161
Flag Post

What is difference between EM and Non-EM AC Adapter?

I purchased a notebook HP 15DS66TU. I need to purchase or repair the wire AC Adapter. I am confused between what should I purchase? Because, on HP it shows I have 65 W EM AC power adapter, 4-cell, 41 Wh Li-ion but when I went to purchase from store.hp.com, I went on this Link to my Product   there is no EM Adapter for my laptop for purchase, only NON-EM is available. Kindly help. What should I purchase? Also, for the meantime, Can I use my friend HP 65 Watt AC Adapter for charging up my Notebook? Also, is it possible to repair the wire? Actually the wire cut by a rat. Kindly help. Thanks in advance. 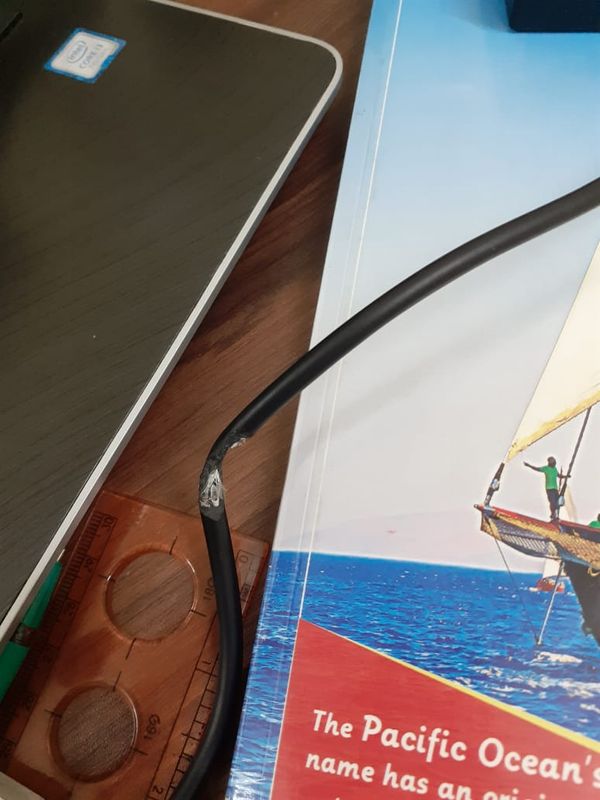 What is difference between EM and Non-EM AC Adapter?

EM is a field.  Electromagnetism.

some devices have more EM than others.  If you have a pace maker or perhaps other metal in your body supposedly it can cause a problem.

So non-EM adapter attempt to cut down this (but not much) to reduce electromagnetism.

It's more paranoia than anything else.. kinda like mobile phones people keep saying 'cellular" but it's never been proven that cellular towers actually cause tumors or cancer.. Media hype at its best.

But people insist they want to reduce their daily intake of EM fields around them, and since an adapter is near you, people are naturally concerned.

Personally it doesn't matter, what most people FAIL to realize is the SUN is responsible for WAY more things running through us than probably ALL of earth fields, power, current, voltage combined.. but yet we still complain 🙂  you can't run from the SUN.  Radiation from that star is beyond our ability to gauge it.

So if you want to save yourself you get a non-EM adapter.  The reason you can't find an EM adapter is because everything in this era is by default non-EM because of the panic, but I guess some manufacturers still persist in making older devices and they don't care about EM, thus they are 'supposed' to identify their stuff as EM.

Again paranoia.. do they REALLY measure it, is there a standard for how much EM a body can take.. maybe.. but I say no.

In the end, who cares.. you die you die.. what caused it?  You can eat right, exercise, and still get hit by a bus thus abruptly ending your life.. Or you can smoke cigarettes for 85 years like George Burns and still live to be over a hundred..  We will NEVER really be truly healthy that's the secret.. just drink water (plain water) eat in moderation and be germ free as possible.. you will be ok.  There is only so much we can do.