I have random BSOD on my computer. That can occur after many hours using the PC whithout any blue screen.

This is an old issue and I had already tried to perform a systeme recovery in the past.

Since I'm currently working at home (thaks to the covid-19) I have decided to spend some time in order to fix my computer.

To resume what I have cheked  :

I have performed a complete system diagnostics, including the memory, no problem was reported.

I have checked the windows integrity with the three following commands, no problem was reported too.

Using "WhoCrashed", it seems that the driver dxgmms2.sys was often involved.

This was probably caused by the following module: dxgmms2.sys (dxgmms2!VidMmInterface+0x575E6)

Previously, win32kfull.sys was involved too.

Note that the last version which is proposed by HP is not supported by the Intel HD Graphics 520 card of the computer.

Finally, I got a most recent version directly using the device manager with a right-click on the display driver (22.20.16.4836).

Despite all these tests, the problem remains the same, and I don't know what to do except running again a full recovery.
Maybe can I test an older display driver ?

While doing the recovery there is an option to backup your personal files. If you have not previously done one now is a good time.

Hi, thank you very much for the answer,

At this time, I do not prefer performing a system factory reset. I already try this on year ago with the HP Recovery Manager tool. The problem was not solved. The fact is that the recovery contains the initial Windows version of my computer. After the installation, many updates are automatically performed by Windows and the HP support assistant. The last drivers installed was those from the following HP link which are not the lateast. So I guess that trying again this way will not solved my issue.  //support.hp.com/fr-fr/drivers/selfservice/hp-spectre-13-4100-x360-convertible-pc/8499273/model/9249...

Since few days, I do not have BSOD anymore. I will resume what I have done,  hoping that can help others.

5/ Using the "Fresh start" of Windows to install a clean version of Windows 10 //support.microsoft.com/en-us/help/4012986/windows-security-track-device-performance-health 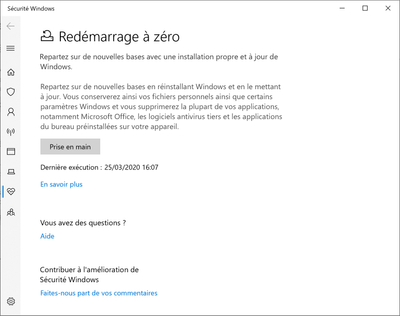 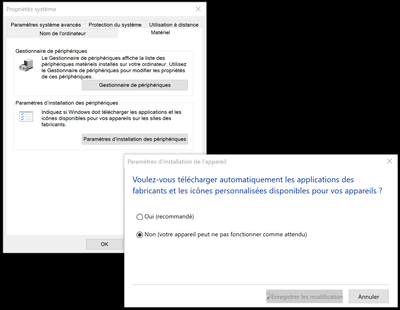 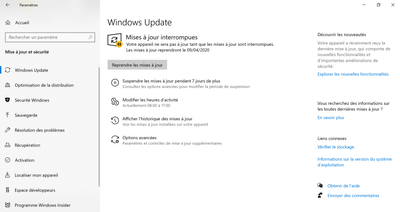 If the issue persists, I will follow your indications as an ultim attempt. I keep you inform 🙂

Ok, plan B... my computer crashed again this afternoon.