After updating the Bios, the laptop started behaving strangely. After about 5 minutes of playing, the cooling cooler starts to pick up speed, the laptop goes into sleep mode with the inscription "lock". Prior to this update, the BIOS version was F.05 after the F.08 update. On version 05, during the time of using the laptop, such problems were not observed (about 5 months) And only on the new version of BIOS such a problem appeared.

Same in Rainbow six siege ( but with fps monitor )

It also fails to roll back to the old BIOS, it gives the error "Cannot open file with BIOS signature" 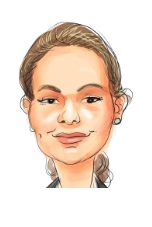 A BIOS update was recently released, check this post with the solution:

PS: marked as solution to give the post more visibility.

Yes mate, I have exactly the same issue, I cant play games at all, the system hibernates and then crashes. Why would someone release a 'BIOS' update that is not stable. WOW HP , WOW. We cant even downgrade the bios from their utility. Just Perfect Mockery this is.

I have had the worst user experience with this company so far, first they locked the bios so we cant change the vram settings which is eating up 2gb of unsused ram and now this BIOS UPDATE. What a mess.

Exact same laptop, exact same problem. I did everything from reapplying thermal paste to reinstall all the drivers. The issue started right after updating bios, and now can't roll back. I did extensive troubleshooting and it all points to the bios update as well. Literally nothing changed in my pc except the bios update. I updated the bios and then games started crashing for some reason. This needs to be addressed and either be fixed with a new bios update or a hotfix has to be implemented. This is outrageous for a company to basically break their own product.

I found a temporary solution to the problem (and a possible direction for solving the problem for developers) In general, by unscrewing the back cover and disconnecting the battery, the problem disappears and the processor temperature in the tests decreases by 20 degrees. The only problem is that if you have to take the laptop with you to the exit, then you will have to unscrew the cover and connect the battery again. And at startup, it says that the CMOS is not recognized or not found. Apparently the new bios somehow affected this CMOS and because of this there are problems with hibernation

or a problem with a temperature sensor or battery. because after disconnecting the battery and using a laptop with mains power, the temperature stays around 60-65 degrees and there was not a single hibernation

Unfortunately this hasn't fixed the issue for me. But instead of hibernating and then shutting off, it just shut off. Strengthens the fact that this issue is related to the bios update as the battery doesn't affect the outcome for me, but it working well without a battery suggests the same. Really hoping for a quick fix for this.

I was wrong when I wrote about the battery. In general, I noticed the following. If in the power supply the maximum value of the processor's work is at 100%, then TurboBoost turns on and the frequencies walk to the region of 3.1-3.2, etc., the temperature rises accordingly. If you set the value to 99%, then TurboBoost turns off and the processor operates at 1.68 frequency (yes, I know that this is often not enough for modern games, but still) the temperatures go down, as a result, there is no problem with hibernation. I hope HP will quickly find the "angry letters" and fix it all the same the BIOS was published on July 14, more than a week had passed, they should have discovered it. In the meantime, I'll wait, hope that soon it will be fixed and sit at a frequency of 1.68 😞

I dont think overheating is the cause. My PC does not overheat. It's sitting steadily at around 80 degrees celcius even under the heaviest load, but the issue persists. I've seen 95 degrees before but it didn't occur then. I've even reinstalled windows, everything else as well. My computer is practically just brand new, except the bios update.

So that just leaves the recently bios update as the only possible culprit. It messes some things up in the system that causes the hibernation and possible shutdown.

There really is no other way. This HAS TO BE acknowledged ASAP.

OMG, you just saved my life mate, LIKE LEGIT. Thank you for discovering that trick mate, i was stuck in a stalemate, changing the value to 99 fixed it for me aswell.Again Thank you soo much. For those who wondering, I played FIFA for 5 hours straight and did some deep learning model training and there were no cases of hibernation and system crashes, hence proved this hotfix works for now.

Yes, but unfortunately this does not solve the problem, but only allows you to pass the time while waiting for the patch. The processor frequencies are lower (1.68 with a turbo boost, the frequencies were 3.7), the performance is lower, there are fewer fps sag freezes and so on. BUT it at least allows you to at least somehow use a laptop in the gaming field and not just as a typewriter. Nevertheless, I hope the developers will quickly pay attention to this and fix this problem.