Well, today I started the Omen Gaming Hub to change color of my keyboard and was surprised to see a new tab, the God tab for laptop users: Undervolting.

I started a Smart mode to analyse my PC. All worked fine and the app displayed its best result with 0.070v less. Ok. I closed the app and started a game to see how this new feature worked. All was fine.

So I launched Omen Gaming Hub to do some tests and... uhm... no... no way to start it, even by rebooting or killing the task. Nothing works! This is a fact: this app works only ONE TIME!

At first launch, I mean just after installing it, it works. Then, no way. if I restart it, I have this screen: 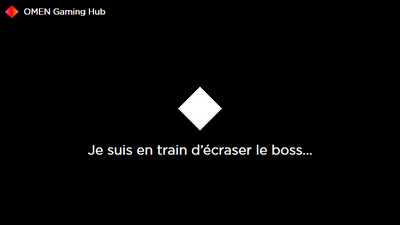 Then if I kill this task, and restart the soft, I get that (an Omen Gaming Hub... empty):

1. searched for an update and found one on Microsoft Store. Installed it. => same thing

5. searched for other comments about this bug and how to fix it. Uhm... there is many people who have this problem and nobody seems to fix it.

2. without a fix, this issue could be annoying cause if user undervolts too much its unit, which make the PC to crash, he couldnt change it anymore cause he couldnt access the software anymore.

3. something else: when we uninstall the app, undervolt stays in registry and/or elsewhere. Cause when we reinstall it, to make it work at least one time, OGH, even if it forgot what colors I chose for my keayboard, it remember well what undervoltage I did. So it could be fine if developpers add something to put system in default mode when this app is uninstalled.

Waiting for a (fix) reply

EDIT: the 2 screenshot dont seem to be uploaded. Tried twice without result. Well, the first one is the Display Screen at start of the app (named Form1 :D) and the second one is the Omen Gaming Hub (OGH) without anything in it... no tab, no adds, nothing...

We found a temporary fix to make OGH work.

Power Management tab,  UNCHECK "Allow the computer to turn off this device to save power".

Now, Omen Gaming Hub can start when you want and Windows doesnt kill the app in background, which cancel the undervolt settings.

Please @developpers, do a proper fix for this.