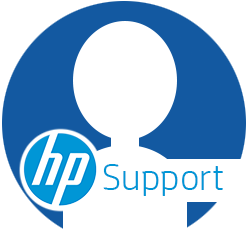 Hi! @TinTin69 @BEBaker8, thanks for your responses,

HP laptops are designed to work only with HP recommend accessories.

So please change the stylus and check with HP recommended stylus.

And @BEBaker8 HP Active stylus will work only on certain model of laptops, which i spoke to you in the previous posts.

Since your laptop is different model, HP Active stylus will not work on your laptop.

So please let me know if you have any other questions.

Naturally the frustrating part here is the number of times I have been informed by HP Tech Support that the stylus I was instructed to purchase is indeed compatible with my model of laptop.

You are the only support agent that has told me definitelivley that the HP Active Stylus is not compatible with my laptop.  Others have said that I either don't have the unit configured properly, or that I have to reset to factory settings or that a firmware upgrade was forthcoming.

I greives me to now be in the position of having to return the laptop as using the stylus was an integral feature in the decision to purchase this laptop.

I would expect that HP should do what is right, and warn future customers about this limitation.  I feel duped in so many ways.

Mr. Robot you are missing the point here. Our frustration comes from the fact that we were led to believe by false product advertising as well as incompetent sales and support staff that the Spectre x360 was compatible with Active Stylus when there are only some selected older models which are compatible. Up to this day, HP is advertising the ENTIRE Spectre range as compatible with Active Stylus as you can see in the link of my previous message. The sales person who sold me the laptop was also certain that it was combatible and about 2 out of 3 HP support staff claim the same.

As I mentioned, I would never have bought this product had I known that it is not comptatible with Active Stylus. So the very least you can do is to avoid more infuriated customers and add a footnote to your Spectre homepage which clearly states that only a few select models are Active Stylus compatible.

Seems like HP trains most of their support people to just make things up on the fly when they don't know what they are talking about. The range of responses to this issue has been ridiculous. It's clear that HP themselves has no clue about their own product. This is such an incredibly good laptop, and I get comments every time I pull it out, but unfortunately I have to strongly urge people to avoid HP at all costs while this is how they operate. I work in IT and I am very capable of doing 99.9% of what I need to do on my own computer without support, but I would feel awful if I suggested HP to a less technically inclined friend or family member only to hear them have to deal with support like this. I'm going to write a formal complaint to the BBB and I suggest everyone else does too for false advertising. Whether it's capable or not, it's not working as advertised so until someone pulls their head out of their ass at HP and figures out what's going on, they need to stop advertising this entire line of laptops as compatible with an active stylus.

I agree wholeheartedly that they have a good, cool-looking laptop in this model, as demonstrated by the backlog of orders.  But as far as I can tell, they still are not letting new customers know that the 13" OLED screen is not compatible with any active stylus...the HP Stylus nor the Dell nor any active stylus.  However, my fingernail is recognized by the screen although without the key features of an active stylus.

As a concluding story, the second to last HP support person I spoke with was in "Executive Customer Relations" who simply referred my case to the "AMS TCO Escalations Team" and I received a call from someone in that group.  The person in Executive Customer Relations has responded three times to my questions by cutting and pasting the exact same response that "...we have referred your case to the appropriate department and your communications should be with that escalations department".  But, the lady in the Escalations department was empathetic and listened, but sadly, she was not a tech support person.  She told me that not every case gets accepted for escalation, so she put me on hold to ask her boss if my case would be escalated.  After a short hold, she returned and said, yes, they wanted to tackle my situation and would call me back in 24 to 48 hours.  Four days go by and I've heard nothing, so I reach out to the lady again and she says that the team determined there was no solution and decided to not go any further with the case.  Apparently, they also determined that I didn't need to know this information.  But this lady also told me not to worry, because they were "actively working on a solution" to the problem.  So, now I had been told by the same person, that "there was never going to be a solution to the problem" and that "they were actively working on a solution to the problem."   I asked if she could tell me which it was, "never going to be a solution" or "working on a solution" and she said, "no."  She couldn't see that these two answers were mutually exclusive.

I was totally incredulous that no one felt it necessary to let me know that there was no solution to this, nor whether there ever could be a solution.  So I asked her if I could talk with one of these support folks and she said,  "no, they won't talk to customers."  So I asked if she would ask them which it was, "never going work" or "working on the solution".  She said, "no, these are engineers who make a lot of money and they won't talk to people like you or me."  Yes, that is a quote.

I have notified this broad community of this service failure by HP and a broader community through Reddit and found that the communications are easily found.  However, I do believe that this goes beyond simply a service failure though; the truth is that they have fraudulently misrepresented the features of this laptop and have falsely steered me to buying two of their HP Active Styli neither of which (of course) work despite their assurances.

I am now two days past the 30 day period for returning the laptop...but I have returned the styluses.

I am looking for a suitable stylus for a HP x360 13-4290.
The support from HP has told me that the HP Acitve Stylus fits.
Is this true or not?

Sadly you have been misled by yet another incompetent HP Support staff. If you have the written evidence as well as the time and patience, I suggest you go along with their recommendation. The stylus won't work, then you will call Support, who will tell you that the Stylus is faulty, so you  will send it back, get another one, which also won't work. Then they will probably tell you to reinstall Windows and in the end to send in your laptop as your screen must be faulty. But maybe eventually, somewhere in the "system", someone at HP will learn something from this episode, giving hope to future clients who have been duped into buying this "Active Stylus compatible" laptop, as it is still advertised on HP's website...

The only stylus that works is the one with the rubbery tip which you can buy for about $2 and which people have been using on iPads for about a decade. You will get about the same precision and resolution as if you used your finger or...errr...another body part...

I have been contacting HP for a period of three months. And actually, it just does not work. The customer-friendliness and the quality management of HP leave a lot to be desired. I have probably bought my last HP product.

So, Mr. Robot, if your answers are accurate, than do the world of digital pen computer shoppers a favor and tell your marketing department, because many people are ordering the HP Spectre x360 OLED for its "digital pen" capabilities (which to this day are still advertised on your website)!

Better yet, be sure that the Synaptics pen digitizer feature is available on all Spectre x360s! It is clearly a market advantage to have this capability on a convertible laptop.

Thank you, and all of you users for researching this. You just saved me from buying the HP spectre x360 oled from swedish HP website. I just read on the device spec page that this model is compatible with "some pens"  - but they don't specify which. Clearly it's not compatible with any active pen/stulys tech, so it's kind of false marketing?

I'm not surprised by the ingnorant answers you were getting from HP. I completely understand their tech people won't talk to regular customers but somehow they need to know that what they are engineering is not always represented correctly on the spec page. I guess they have been greedy and wanted to cut costs by not having (enough) people that understand the different models/capabilities and communicating this to customers.