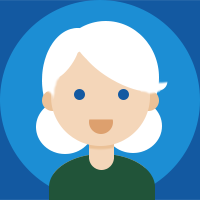 New computer, (HP15) HP laptop 15-dw2xxx, no ethernet connector, only wifi, running Win10 Home.  Connected fine to my wifi for internet, but does not see my old computer, also on the wifi "network."  The old computer (Sande-HP-Pav) is an HP Pavillion running Win10 pro, upgraded from Win7.  It's connected by ethernet cable to the router for streaming speed issues.  Sande-HP-PAV sees the new HP15 in its network, but the new computer is entirely blank.

I read I could connect the two computers by making a VPN, but have no idea how to do that.

I'm fairly computer savvy, but this has me stumped.  Thanks for your help

OOPS!  The rest overnight must have given HP15 time to look around, cuz now it can see the old Sande-HP-PAV computer.  I was able to logon, but cannot see any of my files.

I need to move my files and "stuff" from the old HP-PAV to the new HP15 and was hoping to do so over the network. That won't work if I can't get access to the entire hard drive.  How do I do that?  And should I ask this as a separate post so more ppl can see it?  I'm new to the community.