This is a followup to my existing thread found here. Basically I had speed issues with the infamous Broadcom BCM43142 WiFi adapter under Windows 7. Upgrading to Windows 10 fixed the problem by installing a driver version newer than what was available for Windows 7. The adapter has since worked flawlessly with my WiFi until recently when I upgraded my DSL service, which required replacing my outdated 2wire 2701HG router with a newer one. Since then, my speed issues have returned.

Running a test on Speedtest during these random slowdowns will yield in ~5.5 MB download speeds with outrageous pings in the hundreds of milliseconds. Under normal conditions, I should get 22 MB download speeds with ~15ms pings. In order to restore proper operation, I either have to restart Windows, disable/re-enable the adapter in Device Manager, or simply turn airplane mode on and off. What seems to solve the problem completely (without preforming the steps previously mentioned) is going into the router setup and switching the wireless compatibility mode from B/G/N to just B/G, which is what my old router utilized. It seems like there are issues using the 802.11n standard with the Broadcom adapter, and even though there is no performance loss (internet usage wise) limiting my WiFi to 802.11g, I would still like to have devices utilize 802.11n whenever possible.

Seeing that a good chunk of people have had issues with the Broadcom BCM43142 and driver updates don't (if ever) fix these problems (currently using v7.35.352.0 dated 11/22/2016), I would like to simply replace the WiFi adapter with something different, perhaps one that supports the 5 GHz band and a newer version of Bluetooth. Which brands and/or models will work with my HP 250 G4 notebook computer?

One of the potential issues with your model series and that adapter, is it appears that HP put the single antenna cable on the wrong terminal on many units.

There is only one dual band M.2 wifi card that I know of that will work with one antenna cable.

I cannot vouch that it will work in your model, but if you want to give it a try, here is the model and HP part number.

The only place I have been able to find them is on eBay.   They are not too expensive. 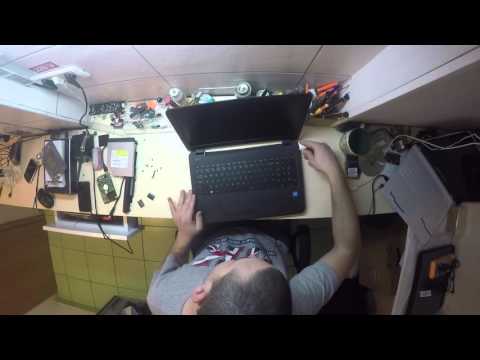 Yes, my HP 250 G4 does have only one antenna cable attached to it as I recall seeing it years ago when I removed the bottom to upgrade the memory. As for the wrong terminal, you are correct as I noticed that the driver assigns the attached antenna to AUX by default. If I change the antenna diversity setting to MAIN, the computer will no longer detect any wireless networks due to the lack of a second antenna.

I'll research the Realtek adapter that you mentioned. For the price, I'll probably take a gamble and see if my laptop will detect it. It's a shame that only certain cards will work in the mini PCI Express slot. Would the latest BIOS version add support for newer/additional WiFi adapters? (vF.27 is already installed on my system).

Here's the issue...for most models built from 2013 on, there is no BIOS whitelist.

So, hopefully, your notebook is one of those models where it won't matter what wifi card you install in it.

No one has bothered upgrading the wifi card in that model that I know of, because any one with the BCM or Realtek b/g/n wifi cards only have one antenna.   So I have no prior history of 250 G4 wifi card upgrades to provide anything specific.

If you look at this link (look under Revision History), it shows all of the release notes for the various BIOS revisions.  One adds support for a new model wifi adapter, but I can pretty much guarantee you it won't be the one I mentioned above.  That is a relatively new card.  Probably came out within the last year or two.

Someone commented on this YouTube video that they were able to upgrade their 250 G4 to an Intel ac7265, but it appears that this card requires two antennas. My HP 250 G4 was purchased near the end of 2015, so there's a chance that it will accept most anything?

That is very encouraging.

I wonder how the 7265 works with only one antenna wire?

I know the 3168's bluetooth won't work on models with only one antenna, but folks have stated the wifi works fine.

So, given that the Intel 7265 is not listed as a supported wifi card according to the manual, the Realtek RTL8821CE has an excellent chance of working.

I ordered the Realtek RTL8821CE from eBay today. I'll report back with the results when it arrives and I get it installed.

Here are the latest drivers for it.

You can save them now...

SUCCESS! The Realtek RTL8821CE was accepted!

I preformed a quick test by connecting to both bands of my WiFi while streaming audio from the internet to a Bluetooth speaker. Everything seems to be running smoothly. Hopefully the Realtek will be less problematic than the Broadcom. I also forgot to mention that the Realtek I purchased from eBay has a HP part number on it, so perhaps having a HP part number increased the chances of it working with my laptop.

Thank you so much for recommending the Realtek and for helping me out!

You're very welcome, and thank you for the feedback regarding the RTL8821CE AC card.

Now I can recommend that card to anyone else that wants to upgrade their HP 250 G4's (and maybe other HP notebooks as well) to something better.