I want to upgrade Realtek 8723be wifi card with 2.4ghz frequency only, of my HP 15 ay118nl notebook. The wifi card that I would like to mount are the following:

Because these wifi cards have both 2.4 and 5 GHz frequency and also a more updated Bluetooth version. I would like to know if they are supported or if there are similar cards supported? 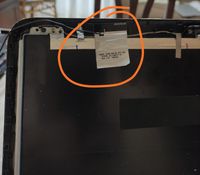 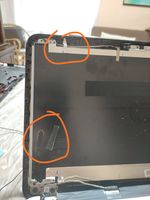 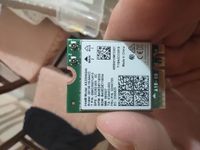 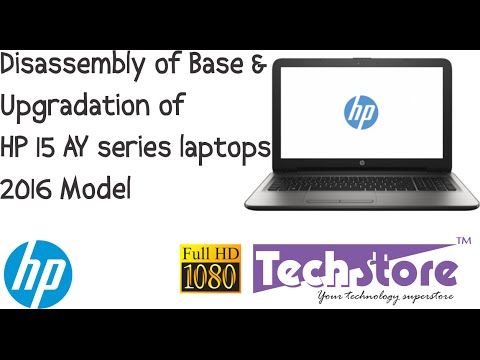 Since your notebook only has one antenna wire, the cards you want to upgrade to won't work properly.

The 9560 & 9462 cards will not work at all because they are CRF cards, and only can be installed in notebooks that originally came with those cards.

The AX200/201/210 may work, but you will not have any Bluetooth or antenna diversity, and you must buy the non-vPro versions of those cards, or they won't work at all.

There is only one wifi card you can do a direct, no hassle upgrade to and that is this one...

You can find this model on eBay, or Ali Express,

Below is the link to the service manual, where you can find the wifi card removal and replacement procedure.

thank you very much for your reply, I had already planned to install another antenna as the computer only mounts one. I would like to understand what is CRF that prevents me from installing the latest Intel AC series wifi cards? as for the Intel Ax 200-201-210 series they would suit me and installing the second antenna should work both wifi bands, I would like to understand why Bluetooth would not work, even if they are equipped with bluetooth from 5.0 / 1/2?

A CRF (Companion RF) card is not a 'complete' wifi module.

The way I understand it, part of the wifi is controlled by the processor (must be a certain Intel 8th gen processor or newer), and the body of the card is where the antenna wires connect to for reception and some other functions.

Basically if you were to install either of the 2 CRF cards in your PC, they wouldn't show up in the device manager.

The AX cards require two antennas for better wifi reception and the Bluetooth reception is controlled by the Auxiliary terminal, where the second antenna (that your notebook doesn't have) connects to.

The Bluetooth will show up in the device manager, but you would have to put whatever you wanted to connect to, right next to your notebook.  Some folks reported it pairs but won't connect.

You can try this HP-branded AX 200 card... you can find it on eBay, as it is on back order in the HP parts store in Italy.

Thank you for the clarifications.

I will operate for the Ax 200, summarizing my PC has only one antenna that should be "aux" while the "main" antenna is missing and I should add it would serve me to make the second wifi band act and bluetooth, but i should connect it i think to the motherboard for bluetooth management, right or wrong?

Can you recommend other similar but previous cards in which everything works by installing the second antenna, i noticed that many cards are sold in kits like the following

Unfortunately, I'm can only recommend the Realtek card which I know will work.

Anything else will be an interesting experiment.

Thanks for your suggestions, I'll try an Intel Ax series card and update you on the results

That is great news.

Thanks for letting us know that the Intel AX 200 card works if you add a second antenna, or if the notebook originally came with a dual band Intel AC wifi card, which would already have two antenna wires in place.