Just bought an HP 15-AY125NS and runned into the same problem. After trying everything suggested, I just thought: ok, let say if after "a while" it stops. I left my laptop switched on over the night, and the next morning everything was ok.

Now even after several reboot, disk usage is always low or even zero, so (at least in my case) the problem was hust several upgrades to be finished after the first power on. THanks HP, I just had a spare day to face your problem >( .

By the way, this is the first time after years that I try to buy again HP, as they did so bad in the past that they dostroyed the brand. I tried, and I failed. Shame on them, I'll never do the same mistake again.

Even after trying all the "Microsoft fixes"(which most an average user should not mess around with), and replacing Windows with a version of GNU/Linux(CentOS 7) the issue was still seen with the HP 15-bs194od  laptop. I just bought a brand new 1TB 2.5 SSD and already swapped out the TOSHIBA disk drive MQ01ABD100 or HP P/N: 677019-004  (that passed the diag test from day one)

Getting ready to install a clean version of Windows 10 again for the new drive using the "Windows 10 media creation tool" with both x86 and 64bit operating systems and letting it decide what is best for the laptop. HP never tried to call me back, contact me by this forum or email me. This is ridiculous and as of today my one year warranty is up, and I couldn't even get a replacement offer through out the entire year of under warranty.

To my knowledge here I am the only person doing any of the footwork, I have not seen a single post as detailed as this one is with this issue. I would have liked the company to have contacted me about this/their product they are selling or even show any concern that a customer is unable to use the product as intended. When I can't run multiple programs with an i7 there is an issue... I will reply back if the drive fixes the issue or not. Yes, one year later of this product having nothing, but issues I am still trying to get it working properly.

To ALL of HP, please read the reviews of your products on the retail chains website. You have to notice the return rate of your products, these reviews will explain why. Not everyone is going to create an account to get on this forum to chime in with the issues.

In theory there is no difference between theory and practice. In practice there is.
3 Kudos

Finally managed to fix my problem, unforunately for me a hardware issue. The 1TB Toshiba HDD that HP ships with certain pavilion models is faulty! Replacing it with a SSD did the trick, but even a different HDD might work better, however if you're shelling out for a new hard drive and going through the trouble of fitting it, I would invest in an SSD - WELL WORTH IT.

I got no recognition by HP when I said the HDD was the problem, and lets be honest, I didn't expect it in the first place.. so I had to sort it out myself. Nevertheless, success!

Anyways new SSD installed, disk now often at 0% (mindblowing, I know). I still have HP coolsense turned off, still a bit apprehensive with that software!

I have an HP Envy running an HGST HDD and not a Toshiba as others have mentioned. And since you mentioned you still had this issue on Linux, I'm wondering if this issue has to do with how HP manages virtual memory? Would that be common across OS's? I say this because hopefully I've fixed my 100% usage problem by manually managing my paging file size for virtual memory. I used "Fix 8" on the following page. Has fixed my issue for now. Time will tell if it holds. Bouncing from 0% to 4% just sitting here when it used to be stuck at 100% constantly.

Finally managed to fix my problem, unforunately for me a hardware issue. The 1TB Toshiba HDD that HP ships with certain pavilion models is faulty!

This is correct, back when I was first encountering the issue Toshiba had stated that around that time that they had some defective hard drives that had shipped this was posted in a Toshiba consumer notice which I am unable to locate right now. I was going to provide the link. However when first starting this adventure a year ago using the diagnostic testing provided by HP nothing led to the drive, as it passed the tests. If this device had been properly tested by the quality assurance team, it would not have left the factory. I think a standard benchmark test should be performed before just slapping an OEM on a drive and shipping it out.

After replacing the drive that was suggested to me about a year ago, this has taken care of the disk usage issue. I am now seeing an issue with the memory wanting to be consumed. It seems with 16GB RAM just to idle is 43% of that, and 20% of the i7 CPU. After looking at that it seems to be a bunch of Microsoft services that I can just take care of with msconfig.

The other laptop had the mother board just randomly die within a few months and had similar disk usage issues. Two brand new, out of box devices that didn't work. If HP would like to confirm the dates of purchases PLEASE CONTACT ME, I WILL PROVIDE YOU WITH SERIALS. I have never had any issues with HP OpenVMS servers that I use,  I might just be one person but I have a large family and I know some people you can bet that HP products (including printers) are out. It's not like I bought cheap little $200 laptops.

HP has really failed to provide quality as of late, from customer service, communication, support, and products.

In theory there is no difference between theory and practice. In practice there is.
3 Kudos 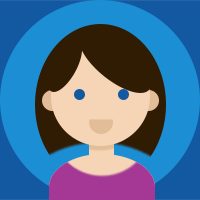 I am experiencing same problem with my HP X360 LAPTOP. I think the problem is with Toshiba Hard Disk.

Suddenly I got boot device not found error. I was asked to reset the laptop and I did. After that when I again updated windows to latest version its again showing 100% or high disk usage even I am not using any other program.

I have read through this whole thread and found it very interesting; and I believe I had the same problem. Disk usage was always above 95%.....INCREDIBLY ANNOYING...A REAL TRIAL OF PATIENCE..

I may have found a solution...I have to wait and see how long the fix will last.

There is a desktop app called "defragment and optimize drives". I ran the optimize button on Windows C drive (even though the drive showed OK 0% fragmented; and even though when I ran the "analyze", it came back with

Upon completion of the process which involved something like 8 "passes"; the disk usage normalized.

If anyone is still suffering, you may try this and report back. If the problem comes back, I plan on swapping the HDD with a SSD.

Issue resolved after making them replace my hdd via warranty, originally had a Toshiba 1TB hdd installed. they replaced it with a seagate 1Tb, empty. installed win10 using the dvd they provided without all the bloatware. and issue solved after installing the drivers and updating windows.

I feel your pain. New HP Laptop. Windows 10.  I have tried every single fix I have found amongst the many articles and powerpoints that give you 10 or 12 or 14 fixes to apply to this 100% disc usage problem.   No Joy.  I dont know what I'm going to do.  At this point I have done the full System Restore, removed all of my files and photos to "free up" disc space which was only 11% used in the first place.  NOW, with a nearly empty Hard drive and no "apps" but those that were originally installed running , [ and yes, disabled Superfetch, Windows search, etc etc etc etc } I am sooo glad Ive still got two laptops running Windows 7.   Those units are functionming fast and saving my butt. The last Windows update I did on the new Laptop took 2.5 hours. On a new laptop that had been updated just last week. Updating the BIOS took 4 hours.  All diagnostics tell me that everything is running as it should be.   So  I am stuck with this Laptop.  A brand new Boat Anchor.