HP Recommended
On my brand new out of the box Officejet 4630 e I have an error that will not let me proceed. "Ink cartridge Problem. The following ink cartridge must be replaced". I have cleaned the cartridge contacts with distilled water and reset the printer numerous times but can not get past this error.
4 Kudos
10 REPLIES 10 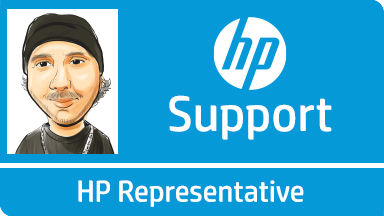 Please let me take a moment to say "Welcome" to the HP Forums.

I hope you enjoy your experience!


I see that you are having an issue with a ink cartridge error message.

Please make sure that you are using the start up cartridges that came with the printer and do not change them until they are totally depleted.  If the issue is with the start up cartridges,please make sure that you have the printer power cable connected directly to a wall outlet and not a power bar/strip. Here is a document that uses a LaserJet printer as an example but it is meant for HP products in general. Please click on the following link that explains the Issues when Connected to an Uninterruptible Power Supply/Power Strip/Surge Protector.

I have also located a document that deals with A 'Cartridge Missing,' 'Cartridge Problem,' or 'Incompatible Ink Cartridges' Error Message Displays....

If the troubleshooting does not help resolve your issue, I would then suggest calling HP's Technical Support to see about further options for you. If you are calling within North America, the number is 1-800-474-6836 and for all other regions, click here: click here.

Thank you for your time and I hope you have a Great Monday.

Click the “Kudos Thumbs Up" at the bottom of this post to say “Thanks” for helping!
Please click “Accept as Solution ” if you feel my post solved your issue, it will help others find the solution.

We had the same issue and put the old ink back in and it solved the issue.

Same issue, Cartridge must be replaced message on setup, right out of the box

Please follow the steps that I have outlined in my previous post.  If you are still having issues, please use the contact information that I provided to call HP Total Care for further assistance.

Thanks for your time.

Click the “Kudos Thumbs Up" at the bottom of this post to say “Thanks” for helping!
Please click “Accept as Solution ” if you feel my post solved your issue, it will help others find the solution.

I have the same problem with a new (last month) HP OfficeJet 4630, running out of coloured ink.

I first replaced the original with a (genuine) HP301XL (colour) cartridge. When first installed, the control panel registers this as a genuine HP cartridge. As soon as I closed the cover, this changes to "Ink Catridge(s) Problem" and "The following Ink Cartridge(s) must be replaced:" with the colour cartridge highlighted.

I tried cleaning contacts etc. as described in Support, to no effect. Putting the original cartridge back solves this problem... but not, of course, the original 'out of ink' problem.

In case the problem was an undocumented lack of support for the XL, I sent the cartridge back and had it replaced by a (still genuine) HP301. But this behaves in exactly the same way.

In all other respects (including the pattern of connector dots at the business end) the cartridges appear to match.

Is it possible I have been supplied with a printer for a different market? It has the following device information:

I have one other issue with HP suport: chat and phone support are only available during office hours. I suspect I'm not the only person who tends to be at work, away (unlike my home printer) from home during those hours...

Put the printer in the trash and buy a new brand.  I have the same problem and have been on hold for over an hour passed around to three different agents.  This company is a JOKE!  The printer cartridge is broken and does not work in the printer it is not my printer as I can place the old cartridge back in and it will work just running out of ink.   T

I refuse to support this company by purchasing anymore ink!

Never again will I buy HP!

Same problem here and problem solved. Not sure if this is just a case of luck, but try this.

-After setting up in mode above, open cover and reinstall cartridge printer msg'd needing to be replaced and cross your fingers