I wanted to activate Virtualization Technology on my PC. I entered into the BIOS, but there isn't any option there to enable it.

So I tried to update my BIOS to a newer version. I entered my serial and downloaded the update. Tried to install it but it says that it's not the same "family" , since my BIOS is J01 and the update was K01 (but that was the one for my serial number of the computer which was identified correctly when shown the computer model).

Where can I find the good update for my BIOS? I've googled and searched for it everywhere but all I found was an even older version..

The fix for this i found: I have to remove all the RAMs, boot it once (you can hear the beeps sounds because it doesn't have memory), then place back one memory stick, boot it, shut down the PC from Windows and place the other memory stick. Then it will boot normally with the message that RAM memory amount changed. If anybody knows how to fix this thing as well, I'd appreciate it. 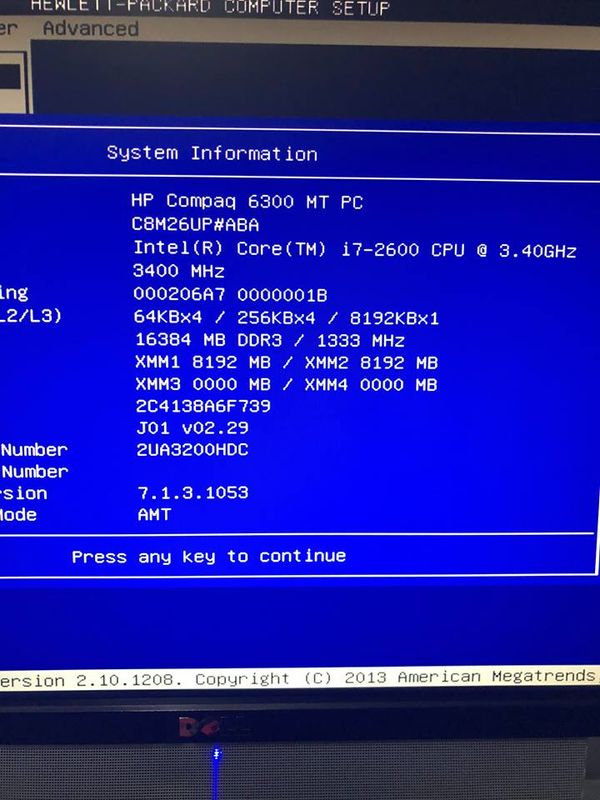