I even tried turning off Windows Defender but no success.

These kind of problems are serious and can permanently damage the hardware. 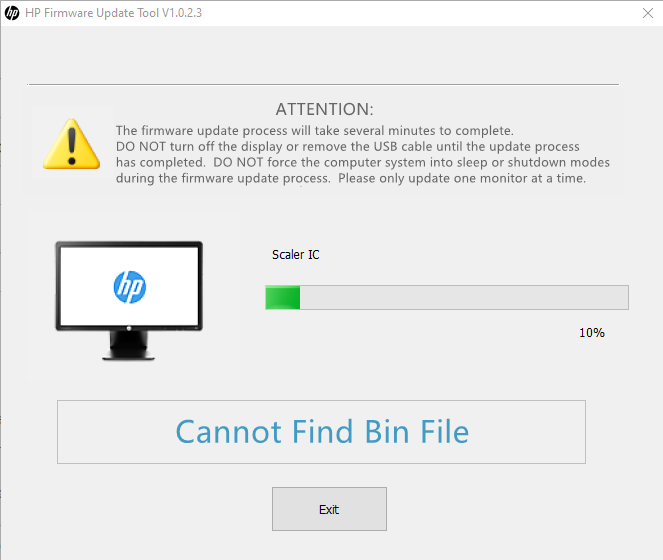 I have exactly the same error. The HP Helpdesk tells me to download the installer sp101763.exe again. I did that but same result. The update package just isn't right. The files in the created folder are also from 2019. Weird if it's an update from 2020.

After some testing I have determined the following:

However the display with original firmware version LIT146 doesnot update and shows the error earlier mentioned by the original poster.

This monitor series is the worst I ever seen in last 20 years.

I am facing the same issue with the E243 monitor. I am trying to solve a filckering issue when monitor is connected to thunderbolt dock g2. HP's website says that this firmware update is the fix for that problem, but this update keeps giving the error 'Cannot find the bin file' exactly as shown in your snapshot.

If you find a solution please share it here.

We hope to fix too dark wecam with this firmware...