Different application requirements at times will require a discrete video card or a replacement video card in order achieve the desired video performance and application functionality.  Even Microsoft Windows has minimum video performance requirements to run some functions of the operating system.  Many times the manufacturer of specific application software will indicate what the minimum and recommended system requirements are in order to correctly run the software.  The manufacturer's web site and user forums are generally a good place to start the research process.

The on board graphic processors that have been included in specific motherboards manufactured within the last twelve months (1/2012) are often times sufficient enough to handle high definition video. These built in video processors can be sufficient to run some of the modern PC games at the lower game settings but quickly become insufficient for running modern games at the higher settings.

When adding a discrete video card to a PC you can expect that an increase in power from the power supply will be required.  A side effect to the extra power requirement is more generated heat.  This can be a problem for PCs with smaller cabinets as the air intake, exhaust and electrical component proximity inside the PC is limited.  For these reasons, often times PC manufacturers will not offer high power video cards as an option in a small cabinet.

In general the following suggestions should be considered: 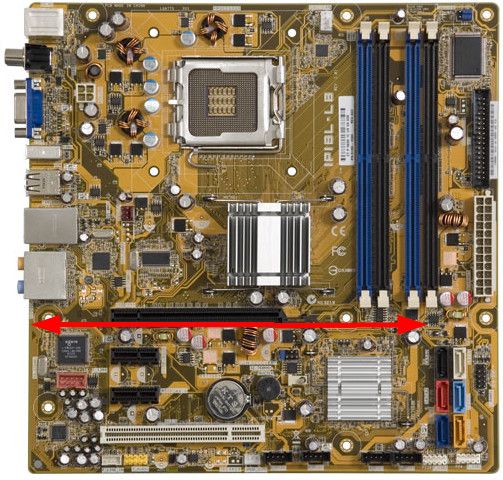 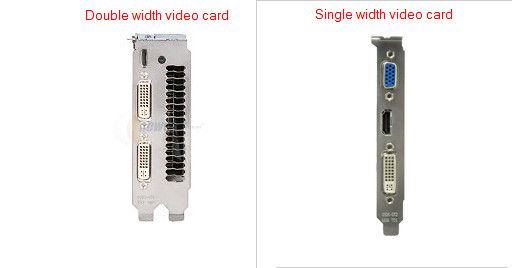 6. Not all video cards will be compatible with every PC.  Check with the video board manufacturer if you have doubts.

9. What type of video card slot does your motherboard support? (AGP, PCI, PCI-E or MMX).  Some of the modern PCI-E video cards are now specifying a minimum PCI-E bus level.  A PCI-E version 3 video card might only be compatible with PCI-E version 2 bus levels and higher.  Check with the video card manufacturer about the compatibility with your particular model PC.

The performance and DirectX level for video cards are generally published on numerous web sites.

Video card performance benchmarks can be review at this Passmark web site.

You can compare video card performance at this web site.

You can research video cards at this web site.

Windows 8 delivered PCs add another level of complexity to the installation of a discrete video card.  If the PC was delivered with Windows 8 and UEFI mode is enabled in the bios then the following steps need to be considered. HP Desktop PCs - Computer Does not Start After Installing a Video Card (Windows 10, 8 ).  The HP Secure Boot Windows 8 Topics and HP PCs - Secure Boot (Windows 10) also will provide additional information when dealing with PCs in UEFI mode and Secure Boot is enabled.

If you are considering installing a different operating system such as Windows 7 on a Windows 8 delivered PC in UEFI mode, then enabling Legacy mode and disabling Secure boot may not work with some video cards that are designed to only run in UEFI mode.  If you encounter a no video issue right after the power on system test (POST) completes after then it’s possible that the selected video card requires UEFI mode.  Check with the video card manufacturer to determine if your particular video card requires UEFI mode to be enabled.

Most the HP consumer level PCs that were manufactured after October 2012 were UEFI enabled. You can verify the UEFI support by opening up a command prompt (admin) and entering: MSINFO32     --> If the BIOS level is version 8, version 80, version A0 or higher then your BIOS will support the newer model graphics cards. Another key piece of information returned by the MSINFO32 is whether the BIOS mode is UEFI.  The released BIOS levels will keep changing so also look at the BIOS mode.

There may be inaccuracies with the above information so please consider that when considering a video card.

Thank You VERY much ! That is EXACTLY what I needed to know.

HP Recommended
Hi please tell me if this video card would fit my PC which is a HP Pavillion G5410UK,please tell me if it would work and fit,ah yes I already have a 650w PSU so no problem there at all.

Thanks in advance!
Was this reply helpful? Yes No

You should open up your PC and measure as a double check to see in the Sapphire 6850 will fit.  It's 8.5" in length and the slot adjacent to the PCI-E x16 needs to be vacant.  It should fit but measure to be on the safe side.

HP Recommended
thanks for the info but i need the size in (in ) of a replacement power supply any were i can get that i only want to do thei once very good info thenks agin god bless. pkm
Was this reply helpful? Yes No

Please post the HP product number for your PC.

Do you want just a basic power supply replacement or do you have something else in mind?

Awesome article Dave, just what I needed for my research. Thank you for this! 🙂

please advice. thanks!
Was this reply helpful? Yes No

Hello, I have a Presario SR2020NX. The on board graphic card died. I have a new Ultra V series 500 watt ATX Power supply to replace the current 250 watt PS I would like to put in a better card but unsure how to determine what kind. I have browsed many cards but Im not sure which will work any help would be great

HP Recommended
I have a Pavillion p6590d. it has a single width radeon HD 5450. Will I be able to Change it into a Asus ENGTX 560 DirectCu?
Was this reply helpful? Yes No