I am an HP resseller who has sold many of the M750 printers to various clients because of the 11 x 17 feature. I went to service one of these machines last week that was producing horizontal lines on the page. I immediately knew it was the Transfer Belt because all of the M750’s I have sold are having the same issue and the defects all look the same.

Looking at the life of the belt, it shows 90% life left and as a result, I am starting to notice a trend with this model. Other clients have started having issues when the belt still has 60%, 70% and 80% life left. It is very frustrating because these belts are close to $275 cost, $359 for the client. I have replaced an OEM belt in this machine and 1 month later the client is calling with the same issue.

Instead of the auger spring in the waste hopper pulling the excess toner into the bottle as it should, the toner builds up in the waste hopper at the end of the belt. Once the hopper fills up, then come the quality defects. I typically just vacuum the waste hopper and the belt will run for a week, sometimes two but there is never a gaurantee that it will last even that long. I have had clients call two days later stating that the problem had returned. With this particular client, I vacuumed just last week and it returned this week. To make matters worse, this is an MPS client so we are paying for the belt when it fails, not the client because it’s under contract. To only get 10% out of a belt that cost $300 is criminal or just a really crappy design. I know this is a known issue with this model but their has to be a workaround. I am currently just vacuuming it out once a week to keep them going but I should not have to do this to get full use out of the part.

Has anyone else dealt with this same issue and figured out a solution? If so, I would be in your debt if you would be so kind as to share 🙂

Same issue happen to M750 , How  I solve this problem by making spring to be not smooth,

what I dd to find problem I remove gear that rotate spring I check the wast toner was there full I try to rotate spring and found it was just sliding on waster tonner so I make spring rough then I try to rotate result was good, then i found issue on the place where waster tonner drop also it was buildup some tonner and block  so i put small wire on spring on top of the waster tonner drop door so it was add some extra push on toner to keep drop even if sometonner build up and block the path. 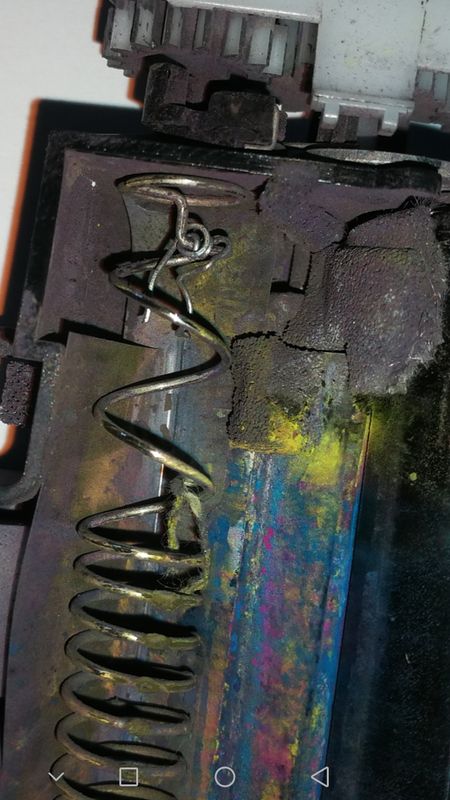 UPDATED VIDEO THAT SHOW CLEAR WHAT I DID

Samson Joel, Shiftech Mwanza,
Visit Serengeti and Ngorongoro the best of the best 🙂 . 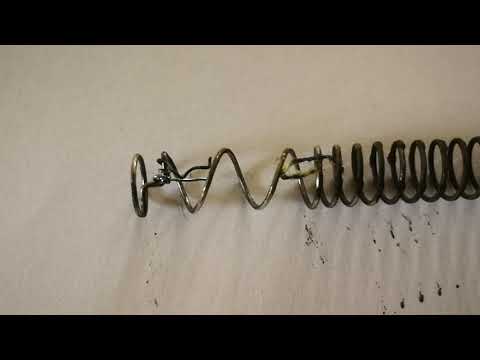 M750/M775 Transfer Belt Issues
youtu.be/LX6JcAvuZ6w
From the Heart of Serengeti Tanzania This is how to fix the transfer belt issue on HP M750 Series
0 Kudos

That is great info. I will definitely try this and let you know how it goes. Thank you so much! 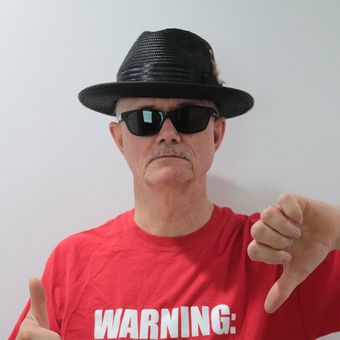 Known issue, manually empty bin and also ensure that the printer is level that the back where the waste bin is is lower than the front to help move toner. Updates in firmware were supposed to fix as well.

Question, can you show me what you did on the spring for the toner door?

so I have take small pcs of wire like clip and i roll on spring and apply super grue so that it cannot shift its position.

Samson Joel, Shiftech Mwanza,
Visit Serengeti and Ngorongoro the best of the best 🙂 .

M750/M775 Transfer Belt Issues
youtu.be/LX6JcAvuZ6w
From the Heart of Serengeti Tanzania This is how to fix the transfer belt issue on HP M750 Series
0 Kudos
Tags (1)
View All (1)

You are the best! I have been trying to get an answer to this for 2 years now. I even spoke with someone high up at HP and they were trying to find an answer to the question. He would call me every couple of months to tell me that he couldn't get anyone at HP that was familiar with how to resolve. He finally stopped calling. Thank you so much.

I did what you recommended with roughing the spring with sandpaper. I actually used a dremmel tool and it did a great job. I am still unsure what you did on the tension spring for the door. How do you or what do you do to strengthen that spring. I know the one that is there is really flimsy but not sure what you replace it with.

Any help would be greatly appreciated.