Printing from iOS can not choose Color or Black and White

- After less than a week, printing through HP Smart iOS does not show option of Color and B/W

- When printing, the picture preview shows B/W but the printing output is color

- Printing though iPad iOS even mark PDF as not supported though HP Smart Print app. Printing through Adobe works but still no option of color or B/W

- Same issues with all 3 iOS device (iPhone X, iPhone XS, Ipad Air 3). Issue in iPad Air 3 worse as it says PDF printing is not supported. File in in apple Files App. All Devices with latest OS (13.3)

- Tried to update Printer Firmware. It says already the most updated

- Printer is connected to the internet

- Tried to restore the Printer to Factory Default

- Tried to restart all the devices with combination of above steps

- Tried pulling the plug of the printer

None of the above attempt works.

Tap on the small grey bar above the printer name in the Print Preview screen. 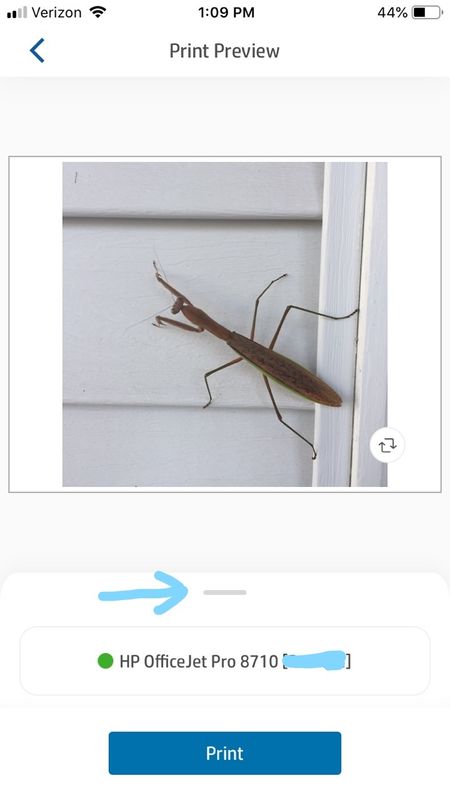 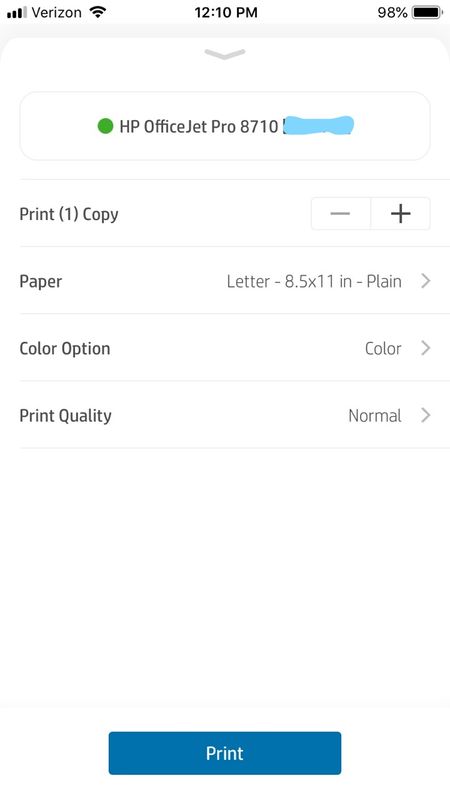 That works initially when I first installed the printer. Like I said, in the beginning it works with the grey bar. Now when you tap on the grey bar there are no option for "Color" or "B/W". Like I also said, the preview is in B/W but the output is color