This does not work. The official AMD drivers also crash. I had 3 crashes last week on one day with that driver.

Also no need to disable Window Update. I know you are trying to help so I'm not being snarky, but that will block security updates and possibly usefull other (driver) updates as well. The official method is to rollback. That actually tells Windows Update you don't want the other driver and make it stop offering it, while allowing all other updates. Only when HP pushes a new one through Microsoft, it will offer you a new one again. But that one is then hopefully teh one that fixes it. And if not, you just roll back again and it will not bother you again untill the next HP pushed driver after that. Etc.

The only thing that seems to work is install the 'old' June 24th driver. I'm now 3 days free of crashes despite heavy Zoom and Teams usage.

Unfortunately, ArGerrit, it seems you are correct.  I had actually had 2 very strange failures - one was the a loud buzz (after more than an hour on Zoom).  The second was a freeze up, also after an hour on Zoom.  So, with little left to lose, I completely removed the all the Radeon Software and the drivers for 2.9.2 (an optional upgrade from 2.9.1.  I then installed the drivers from sp-105744.exe, the June 24th drivers supplied by HP.  I have now been running on them for 2 weeks with no failures, no buzzing, no freeze-ups.  This has an "AMD Radeon Settings Lite" app with the drivers, but it does seem to be working.  I wanted to be sure before posting anything since I've been let down before by some of the supposed "fixes".  I probably should have posted this sooner.
I lost the link to the sp-105744.exe download, but had originally found it somewhere on one of these threads.  Look around.  If you can find a reference to "the June 24th drivers", that's the one!  It is NOT from AMD directly.  Since it is an sp, it may come from Microsoft, and if not there, then from the HP support/drivers page.
I wish you luck, my friend - let's hope this doesn't jinx things!

Just to let you know I have tried the 24th June driver on its own (eg uninstall the current Graphics driver, install 24th June Graphics driver, restart, pause updates) on TWO 15" HP x360 Envy (Ryzen version) and the problem was back next day. One using Teams and the other Zoom. I'm now about to try the 24th September graphics driver.

As said betore, no need to pauze updates. Windows Update won't overwrite/replace the 24th driver. It only does that with the official AMD one, as it thinks that is a 'wrong' type of driver. And even then rollback is better as it won't block you from getting security updates, plus you won't have to re-pauze every X days.

That said, if it doesn't work for you that is unfortunate. I'm now 6 days without crashes myself, so for me it seems to work. Are you sure it truely did use the June 24th driver by checking the version?

I have now tried both the June 24 and Sept 24 Graphics drivers on TWO 15" x360 Envy and still have the problem. However i did it by uninstalling the graphics driver (only) in device manager and then installing the new driver so perhaps its essential to uninstall other/all AMD drivers and run the AMD clean up utility. I plan to try that next.

Last time i also having issue on microphone in same model HP envy x360,but now the issue has been solve.

Please refer to the link below for the step that help me to solve this issue.

Hope the link help you to solve the issue. 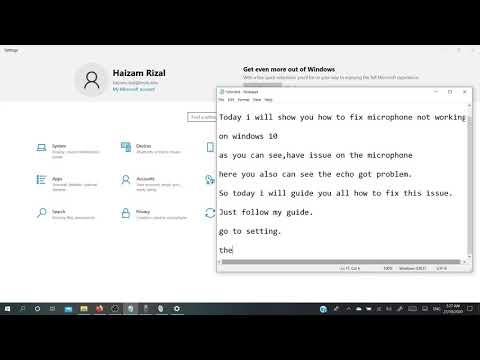 How to fix windows 10 microphone not working
youtu.be/_x7sC3HoYv8
Tutorial to fix microphone issue that windows 10 facing every time it get latest patches.
Reply
0 Kudos

For others.. At the moment it seems that running the AMD Clean up utility before installing the 24th June Driver from HP is working on our two laptops.

I've been using a May 19th graphics driver and have no problems with it.