turn on suggested results
Auto-suggest helps you quickly narrow down your search results by suggesting possible matches as you type.
Showing results for
Search instead for
Did you mean:
Options
w2fdr
Level 2
15 13 0 6
Message 1 of 26
479
Flag Post

This happen maybe due laptop firmware update, because before, the HD worked fine on the seam PC .

If you mean that you upgraded your BIOS/UEFI recently, then enter the BIOS/UEFI with F10 button

and check the boot configuration/boot order

I forgot to say that with other HD the laptop works fine.

Anyway I did the restore to default bios with no result.

If with other HDDs it works fine, then probably this one is not selected for a boot device

or this device does not have an operating system installed (or working OS installed), or is corrupted..... 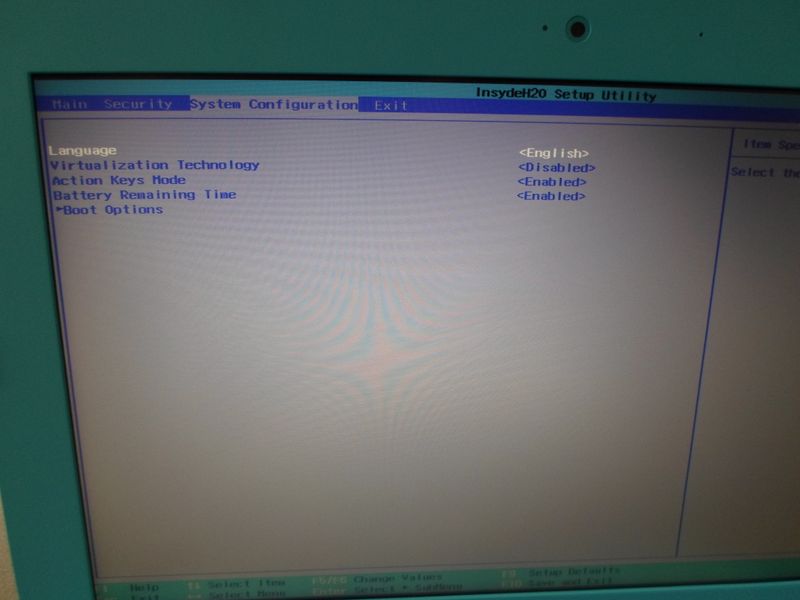 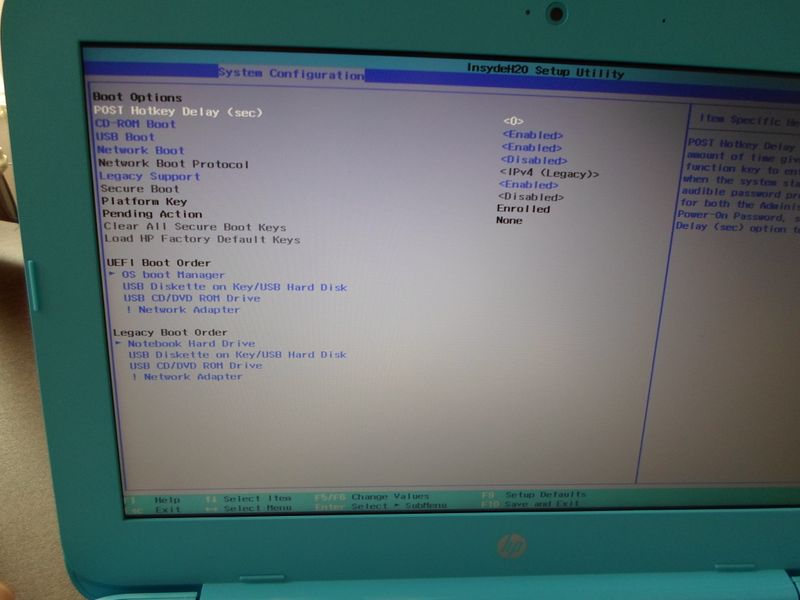 Testing Your HP Computer Hardware
youtube.com/watch?v=6JXUp43ahHA
Enjoy the videos and music you love, upload original content, and share it all with friends, family, and the world on YouTube.
Reply
0 Kudos
w2fdr
Level 2
15 13 0 6
Message 5 of 26
397
Flag Post

the message at boot time is below : 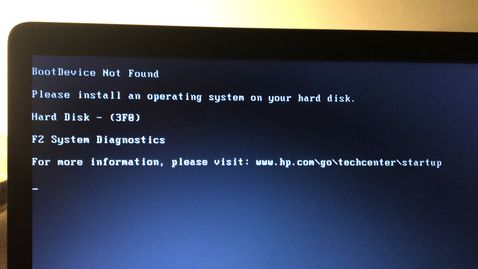 But for sure the HD is OK.

All test on the target HD was fine and it's a clone that I made of a working HD.

Thank you for your update.

As mentioned initially, if with other HDDs it works fine, then the root cause is either of these:

- this device does not have an operating system installed (or working OS installed),

You mentioned you have cloned the disk but something may have gone wrong. Try doing it again after you ensure the HDD is ok by testing it on another PC.

I tested it on an other laptop .

Right now I'm writing from it.

I know that it sound very strange.

It could be a driver problem or a bios configuration of HP bios ?

In attach some picture. 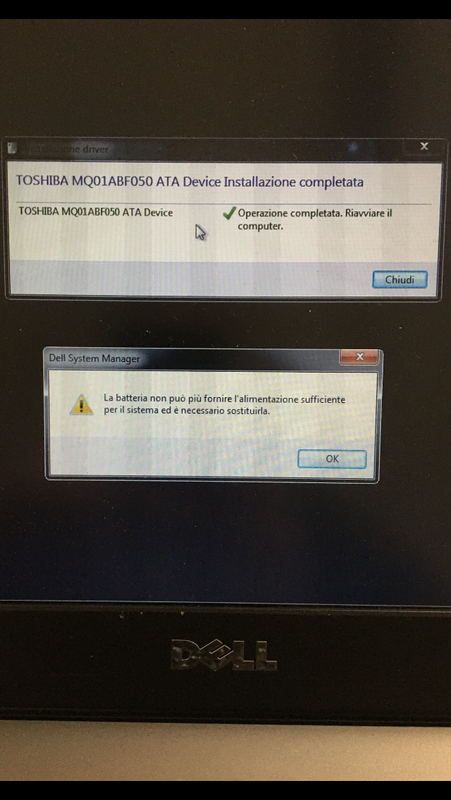 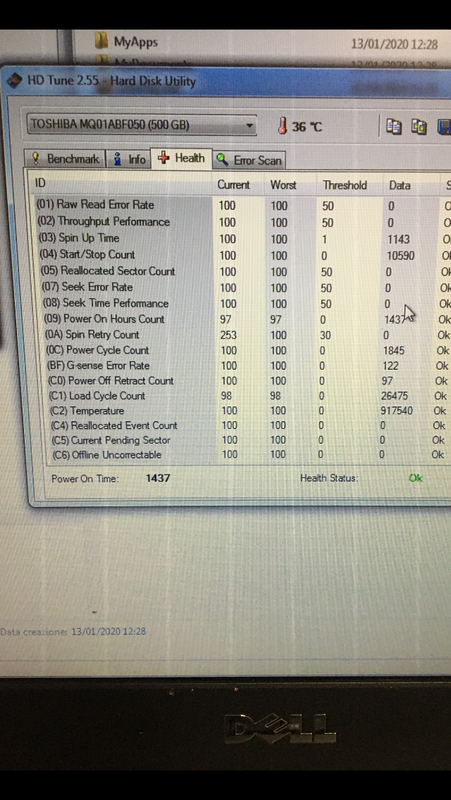 Let's assume this HDD is healthy.

No, the suspected HD is in the Dell laptop as primary HD running w10 and the HD Tune run from a external usb key.

I played many time in the Probook bios to find the right configuration.

I switched many time from legacy to uefi and other option with no result.

My last test was the following : 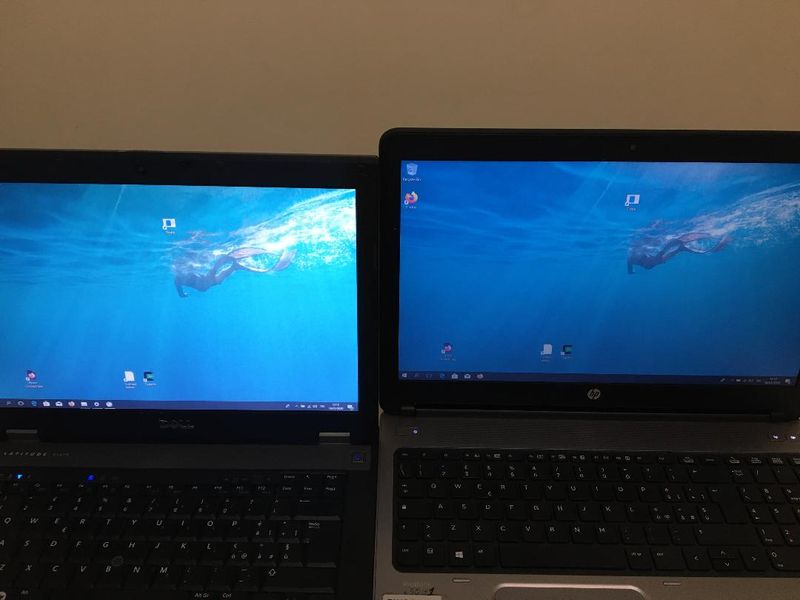 Stating from the picture above, I have the suspected HD in the Dell and the starting clone HD in the HP.

The Dell bios is set to Legacy and AHDI

The HP is UEFI Ibrid with CSM and AHDI 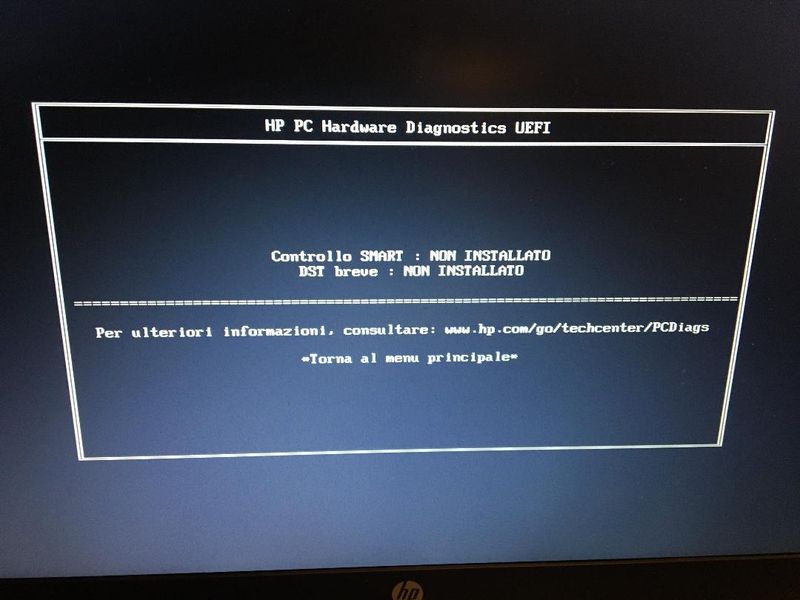 I add a last information, if I try to install a new SO from scratch, booting from external USB key, this HD is not detected.