I have the ZBook 17 G2, which I know supports MXM GPUs, and I'd like to know exactly what AMD Firepro GPU options I have.

When I bought the laptop, there was the option to get an AMD Firepro M6100. But in the ZBook 17 G2 Maintenance and Service Guide, it doesn't mention the M6100, it only mentions the AMD FirePro W6170M. Is there any difference between the M6100 and the W6170M?

Last question, I'm trying to figure out what heatsink I would need for the AMD Firepro M6100/W6170M. The ZBook 17 G2 Maintenance and Service Guide lists the following heatsink part numbers:

Is the AMD Firepro M6100/W6170M GPU considered a "MXM Emerald graphics board"?

I have a Zbook 15 G3 which I upgraded some time ago to a Quadro M2000M, which was listed in the model's Manual as an option. MXM video cards are not a universal standard like desktop cards. Generally one is limited to the MXM cards sold with the laptop when new. HP virtually never updates BIOS to allow the use of newer generation hardware. So you will very probably have to use one of the video cards and heatsinks listed in the Manual.

Unfortunately again, HP support pages are currently being upgraded and there are no Manuals available right now. I seem to recall the G2 version of the Zbook 15 did not support the Quadro M series cards. There are various MXM enthusiast web sites you can go to and see if by some chance another user has had luck with cards other than those in the Manual but you will see that there are lots of tales of disappointment for users with upgrade ambitions and rare stories of success.

I know for sure the AMD Firepro M6100 was one of the options you could buy when the laptop was new, although the manual only mentions the AMD Firepro W6170M, which wasn't an option when I bought the laptop new. From what I've read, the M6100 and W6170M are either very similar, or they might be exactly the same.

What's unclear from the maintenance manual is which heatsink I'd have to use for the AMD Firepro M6100 or W6170M GPU. They list a bunch of heatsink part numbers for Nvidia GPUs, but they don't explicitly mention any AMD GPU heatsinks. They do mention a heatsink for "MXM-Emerald graphics boards" though. Is "MXM-Emerald" another name for AMD Firepro GPUs?

I see your point. I believe the MXM-Emerald is an nVidia card as their corporate color is green and AMD is red but that is pretty much an educated guess.

On heatsinks you have to compare the mounting holes on the heatsink to those on the video card. Here is the Emerald heatsink part: 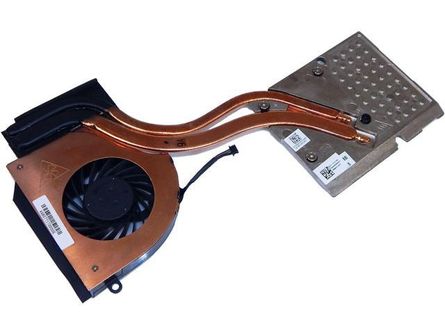 And here is the AMD Firepro card: 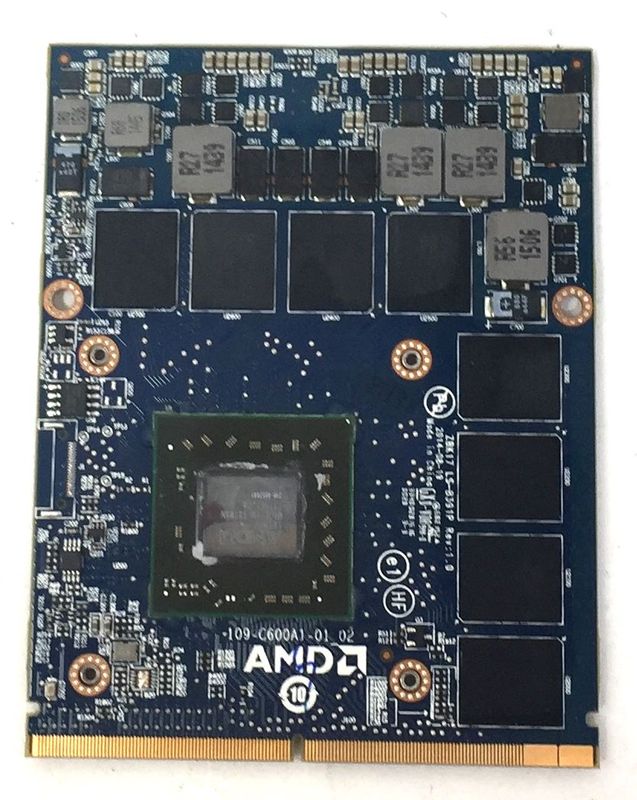 Looks like the heatsink would screw into the MXM card but would have to get hard measurements.