my HP laptop was working well but recently , after unknown event ( not a shock anyway ) hard disk got slower and slower and it takes ages to load at the startup and start applications at runtime.

My hard disk is SATA and it is a Toshiba 5200 rpm and it is more than half empty, no bad events are reported when running S.M.A.R.T. tools.

from task manager I see that when I launch an app disk usage goes to 100% and it is busy in reading as throughput is very low, 1-2 MBytes/s and very sporadically 10 - 15 Mbytes/s .

What could be wrong ?

I followed some tips online and checked for the MSI interrupt and disabled it for the SORAHCI.sys driver but this didn't change anything.

I also checked Virtual memory settings but nothing special , doesn't seem to be the cause.

Can I update BIOS ?

How can I see advanced BIOS settings ? they are hidden on the BIOS menu. 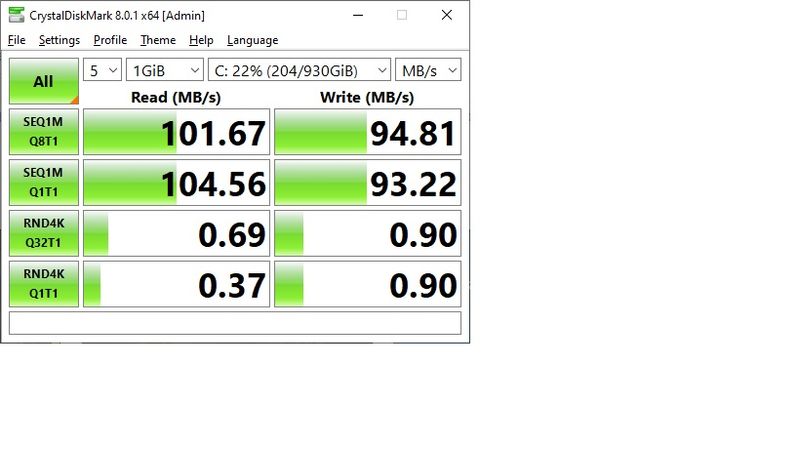 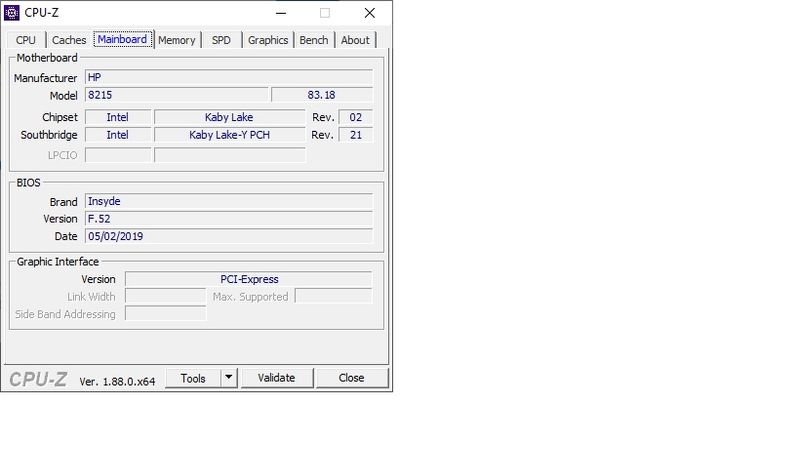 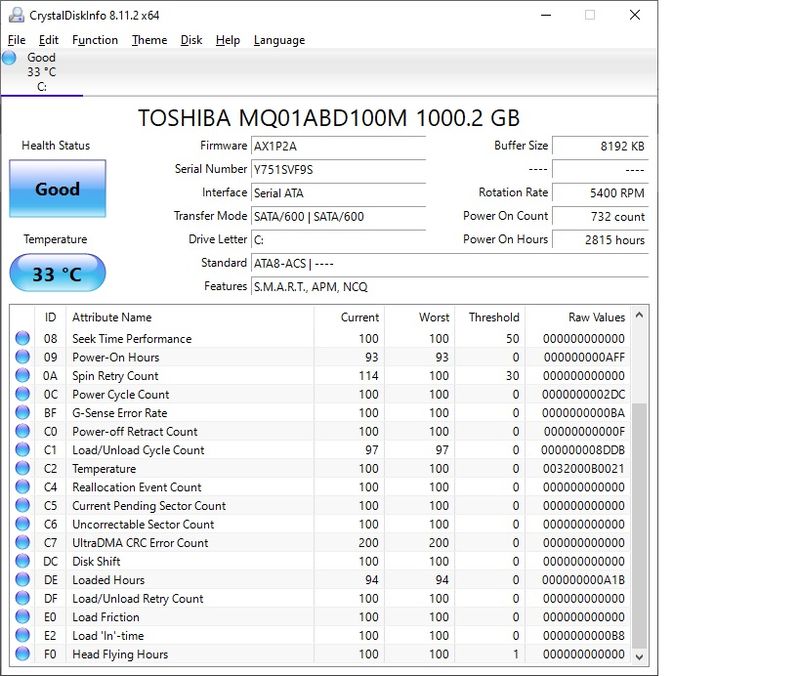 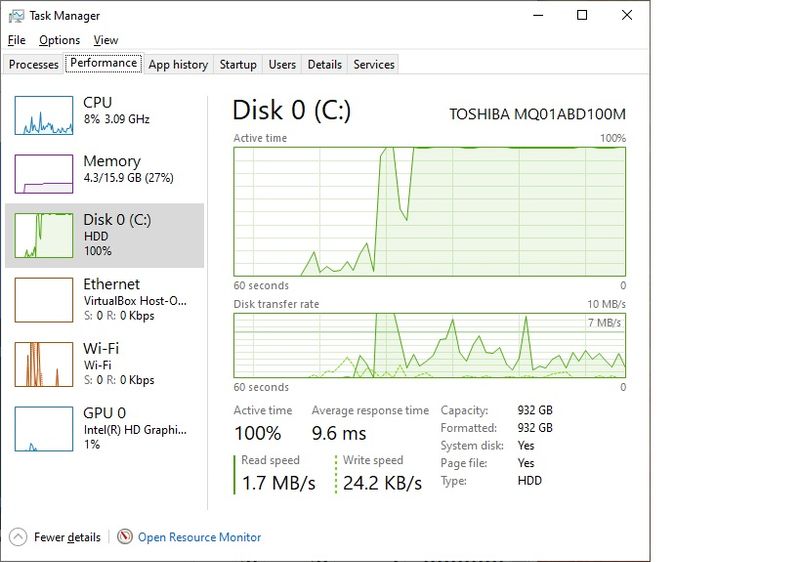 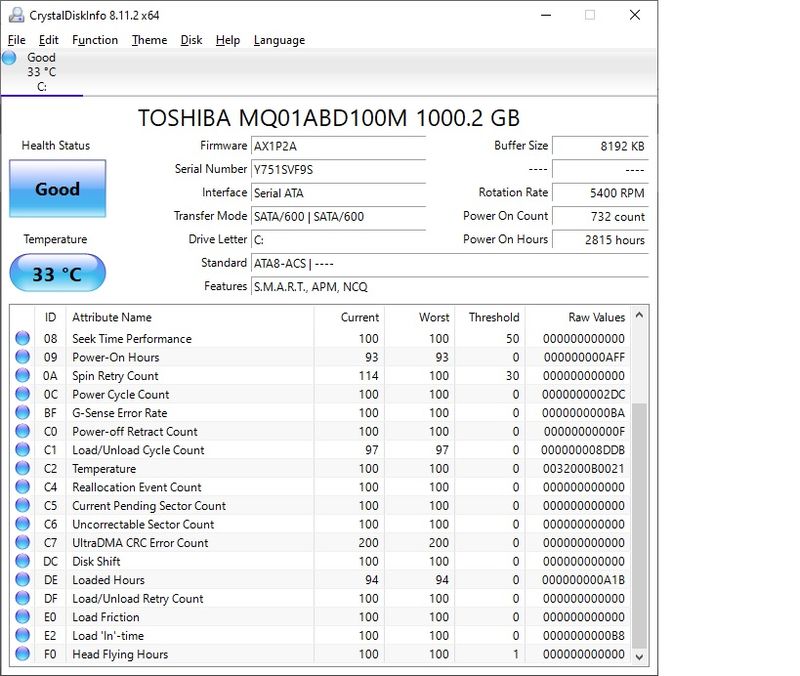 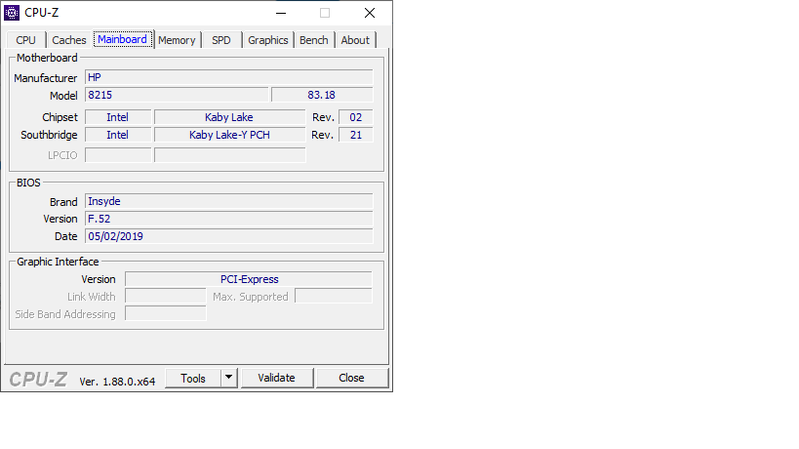 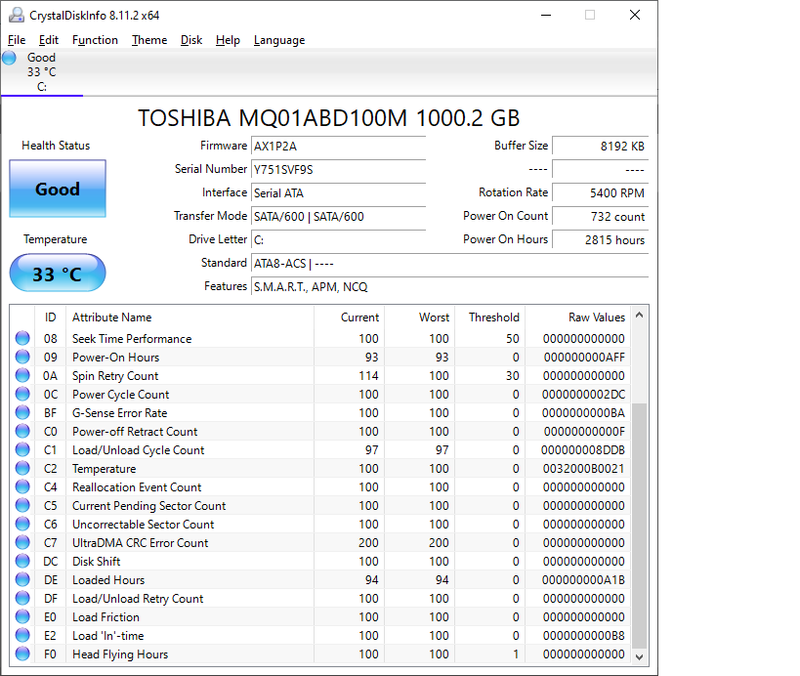 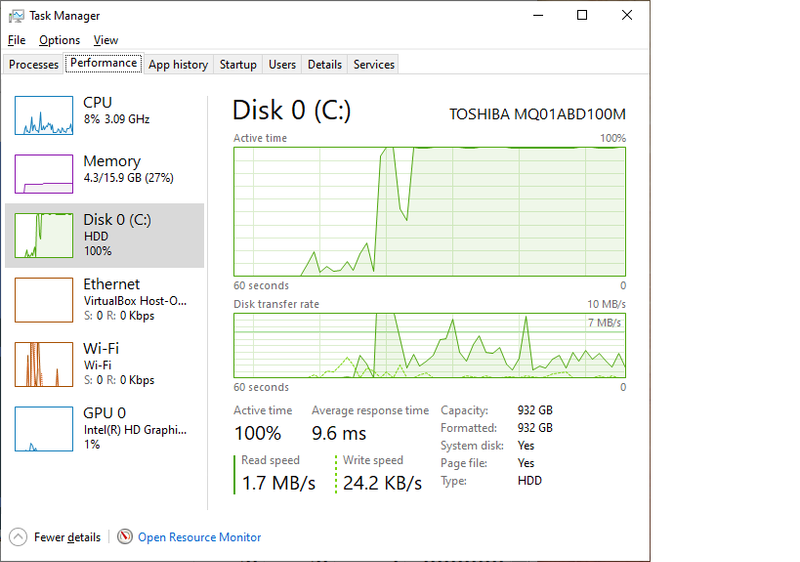 Let's get a few basics out of the way first.

The drive is probably 5400RPM not 5200, but still, that is the slowest hard drive currently available. So, it's going to be slow.  As to why this has happened all of a sudden, it could simply be that the drive is wearing out -- they do that over time.

I wish folks would quit thinking of BIOS updates as miracle cures that will fix anything -- so no, a BIOS update is not going to fix this.

And finally, HP has locked out the Advanced BIOS settings, so there is no way to access those.

Personally, I think it's a simple matter of the drive wearing out, and this is only going to get worse until you replace it.

I don't think it is a matter of wearing out, magnetic hard disk doesn't wear out by reading/writing, it does work or it breaks.

I understand this hard disk is not the most technologically advanced non volatile memory solution at present day, but the laptop HW is exponentially better than the HW available in the  90s early 2000 for example , but the sw performance of windows 10 on this laptop is now comparable to those years at the moment.

This is a bit annoying, I thought some settings or some update was causing the problem.

Thanks , I will go to buy the next  super cool solution with SSD of course. Windows 10 deserves it.

Your claim that mechanical drives do not wear out over time contradicts my experience with lots and of drives over decades.  And yes, I have had some suddenly just fail -- but far more often, I start getting filesystem errors and sector failures -- both of which increase over time -- indicating to me, that the drive is wearing out.  This is not something I am going to continue to debate with you.