Tried to upgrade my RAM from 1GB to 2GB since it is extremely slow running  but when i've slot in my new 2GB memory,  i am able to boot up my windows but somehow the OS only detects 1GB of memory instead of 2GB. The bios too detect only 1GB of RAM.

Then i decided to installed the CPU-Z as advise by the vendor and to my supprised CPU-Z detected 2GB of RAM as what i've purchase. What possibly is wrong with the BIOS and WINDOWS that stopping it to detect the 2GB RAM ?

Tell us exactly what memory you put in it. You can also see if somehow in the boot options in system config 1 gb is set as maximum memory. Unlikely but worth a look: 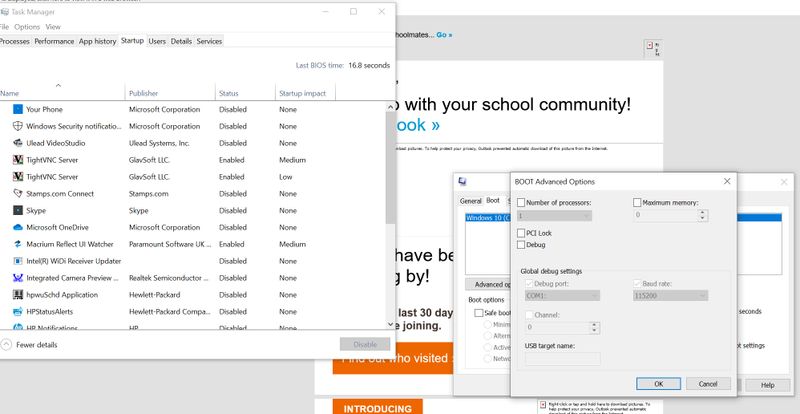 Above screenshot is from my computer showing no max memory set.