I know right!, The support of HP is absolutely useless, They dont want to understand the problem at all. In the end they will just recommend us to system restore or go to a service center and get your hardware checked. Even after spending hours in trying to contact an actual technical guy they are ignorant about it., Someone has to contact the superiors in HP department or else we will just get stuck in the mud. My laptop is practically useless rn and it has been more than 2 weeks. Dont freaking write your own bios when you dont even know what it can do, Locking out the advanced settings and blocking the rollback option- How is this ever gonna turn out to be a good scenario. They dont even look at this forum, this seems a fully community based forum, atleast have someone to look at trending situations. This company wont survive for too long with this attitude.

I am gonna follow your advice to contact them every Single day until they let me talk to a Technical guy who coud have the ability to understand the Technical system beyond Restoring your effing windows.

Well thats a good sign atleast, But they probably should've told us a Time window(month/days) where we can expect the update to release, I am just here sitting with limited hardware utilization and a throttling CPU. Feels like Communist reign ngl 😞 .

In Spain the same problem.

I think I'll just wait other 2 or 3 weeks. If no update is released by then, I'll just give them back this laptop and buy another one. From another brand this time, won't make the same mistake again.

I also just noticed that HWMonitor detects 70°C  CPU when the laptop just booted. That's way too hot. This temperature while idling is going to ruin the CPU, so I'm just going to shut down and never touch the laptop again until it's gonna get fixed. Nice work, HP.

I was running HWMonitor and other tools measuring temps of CPU/GPU and fan speed since the beginning - event my new laptop had this issue. Booting up, just this process heated it up to 'bout 60-70°, went down to 50 in idle afterwards...but even a bit desktop work and browsing or video raised the temps randomly in great steps. Like from 50 to 70 in a second, back to 55, then suddenly 70 and so on. I checked CPU usage and those fast steps seem to align with the activation of CPU boost. Even if the boost was just used for a millisecond when opening programs the temps jumped quickly.

Since i throttled boost with Ryzen Controller, everything works fine or at least much better. In the end it's a gaming laptop of the cheapest line...i guess the weak point is the cooling, be it the fans or the sensors are not trustworthy.

Maybe those temp were always there? Anyone else monitored temps from day 1?

I checked it when i got the laptop in early july:

Without the turbo-boost laptop used to sit at max 52 degrees even when watching streams and doing just normal work and with turbo-boost it reached around 65 degrees,sometimes 70(depending upon the usage), which was under very heavy load but after the update, the laptop idles at around 60 degress which is just disgusting, within seconds of launching any game it crosses the 75 degree mark easily.

After putting the 99 limit on cpu I've managed to decrease the  temps but the performance drop is abnoxious. We dont know anything about how HP is dealing with the situation and they arent updating the community about it either, just sitting in the middle of nowhere rn ngl. 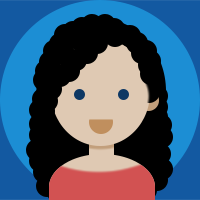 What is really funny, you can still DOWNLOAD broken BIOS UPDATE to DESTROY your gaming laptop. They didn't even care to delete this broken update from HP site...

Any update or news of the BIOS fix? anyone knows anything?

I was recently told by an HP support technician that the Development Team is currently investigating an issue but a time frame could not be given out. Just keep checking it. Shouldn't be way too late. I'd just get my mainboard changed if that were to be the case.