My laptop came with Windows 8.0. I tried 8.1, but now I really want Windows 7 working on it. I successfully installed Windows 7 Pro SP1 64-bit on it after enabling legacy CSM and disabling secure boot in the BIOS. All I need now is drivers. Multiple people online have gotten Windows 7 working on this exact laptop model, but that was years ago and the links on the forum post below are dead. I will really appreciate it if someone can help me out again please. I'm hoping to get this laptop all nice and fixed up by Thursday as a gift to my best friend.

Below are the links to the W7 drivers you need:

First install the AMD chipset drivers and restart the PC.  You want the W10/W7 64 bit driver file (2nd one down).

Graphics:  Scroll down the page, select the W7 64 bit driver, install and restart the PC.

Audio:  Accept the agreement.  Download and install the Windows 64 bit driver and restart the PC.

Ethernet:  Download, unzip and run the setup application from the W7 driver at the link below...

SD card reader:  Download, unzip and run the setup application from the 1st file listed at the link below...

Thank you! Windows 7 now runs on this laptop well, but with some slight issues that don't seem to hinder the operation of the system.

1.  There is an audio pop before any sound plays. This happens often.

2. The battery meter on the right side of the taskbar displays inaccurate readings. This is a brand new old stock 2013 laptop previously never opened from the box, so maybe this "new" battery is degraded just like CMOS batteries on new old stock motherboards. I haven't fiddled around in Windows 8 or 8.1 enough to verify the problem as just a driver issue.

3. During the setup of the WIFI driver, Windows 7 gave a tiny  popup near the taskbar saying the driver was not installed properly, but the actual driver installer said  it really did install the WIFI driver properly after the setup process. I haven't been out to a WIFI hotspot to test the functionality yet. Maybe the error happened because this driver is so new in comparison to Windows 7 that the OS got confused during the installation.

I'm running a vanilla Windows 7, as in no Windows 7 updates are installed other than KB2999226, KB976932, and KB976902. I have Windows updates turned off in order to stop the 2015 telemetry updates and beyond from slipping in. I rely on my updated antivirus on my other systems too and they all work well for years and years, but maybe, do you think the driver issues are related to me missing a few necessary (hardware related) Windows updates? I am picky about which updates are installed on my laptop, but if you think a certain update is needed to possibly fix the issues above, please let me know.

On a side note, do you think I need a Windows update for the USB 3.0 ports? On my other vanilla Windows 7 systems, I do not notice any real performance differences from USB 2.0 to USB 3.0 with USB flash drive data transfers.

I also switched out the hard drive with an older 500GB SATAII one that is 512 native so Windows 7 would work without issues. Was doing this unnecessary? What if I installed Windows 7 back on the original 750GB SATAIII hard drive, then install SP1, and then install the KB982018 update to properly support AF disks? Or do I need to slipstream the update onto a Window 7 ISO with Nlite or similar program to make it install on the AF hard drive correctly by a new USB install of Windows 7? Also are there any data or transfer issues present due to the 512 native SATAII hard drive being inside this SATAIII supporting laptop, other than it running noticeably a bit slower than the original hard drive?

Thank you very much once again for your time in helping me with this!

I also installed this after the other drivers: The HP 3D Driveguard driver you gave me last month. Does it properly support Windows 7? Do the Windows 8.1 supported software that come from the list on the HP driver download page for this Pavilion 17-e049wm model on your website properly support Windows 7? Examples are the Cyberlink programs, the Energy Star software, and HP related software such as HP CoolSense?

If you are getting one of those messages that state in substance that windows can't be installed to this disk--The disk is of GPT format, watch this video for an easy way to get around that.

The chipset driver you installed makes the USB 3 ports work.  Since that was the latest driver, no updates are necessary.

The battery...see if calibrating the battery resolves the problem.

The 3D driveguard program will work with W7, and the other programs in your PC's support page should work with W7, but I can't say that with 100% certainty.

Unfortunately, I wouldn't be able to help you with any of the other issues you are experiencing. 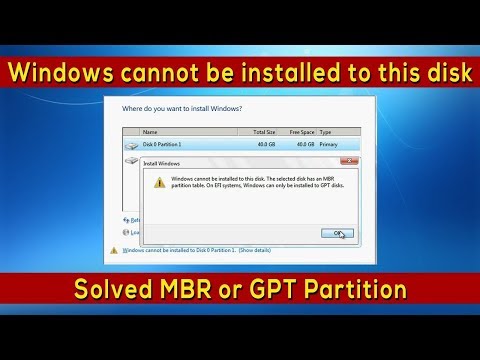 One last thing... The HP Truevision HD webcam default provided Microsoft generic driver is from 6/21/2006.. My webcam looks good in image quality, though I probably don't know what i'm missing from lacking the driver update. In the dead link page I showed you from when you helped the previous person, there is also a broken download link for a driver update for the webcam. If you could find me the updated Win7 driver please that would be nice. Thanks.

BTW... The USB 3.0 drivers do install with the updated chipset driver you provided.

The webcam doesn't need a driver, since it is USB powered.

When you installed the USB drivers, the webcam automatically got installed at that time.

The broken link was for the Cyberlink YouCam software, which is optional.

Here is the link if you want to try it out...