Driver not compatible with a policy enabled on your computer that blocks NT 4.0 drivers.

I have a HP Envy 4520 All-in-One Printer just over a twelve month old.  I never had a problem with the printer until the drivers were changed and Windows 10 Home 64 bit updated around June 2017, the printer stopped connecting to the laptop with the error message

(The Printer drivers not compatible with a policy enabled on your computer that blocks NT 4.0 drivers).

I have tried all the suggestions on HP support site also on Microsoft.  I tried the original disc when I first installed the printer with no problems but still the same error.  I phoned HP and had an attitude that I don’t care its Microsoft’s problem.  I phone Microsoft and they said “its HP’s problem they know they’re driver’s need to be compatible”.

I am at the end of my tether I need the printer for work, I don’t know what to do, I can see other people are having the same issues. I have a windows tablet which can still connect to the printer and prints fine but with limited capacity because of the tablet size.

I would be grateful if anyone can help

Please try the following steps and let me know the results. be aware that if you have additional printers, any installed printer will need to be reinstalled after completing these steps:

Please let me know the results,

Say thanks by clicking the Kudos thumb up in the post.
If my post resolve your problem please mark it as an Accepted Solution 🙂
14 Kudos
Tags (2)
View All (2)
Highlighted

Thanks for the help.  I tried the above without any luck.  I’ve attached a file if that will give you any ideas. Thanks again. 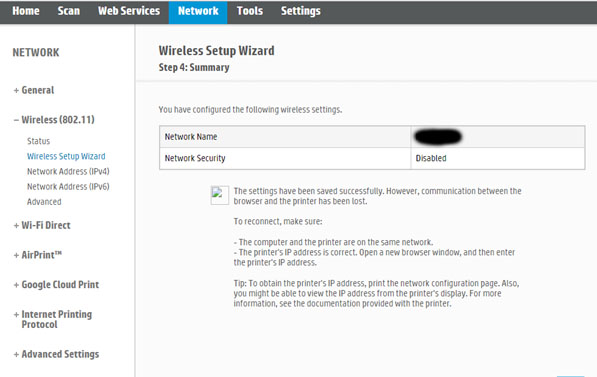 It works for me, thanks !

Thank you so much. This worked perfect. I have been banging my head for days trying to figure this out. Only thing, and I may be misunderstanding, when I renamed the files to .old I thought they would delete after re-start. I may be just misunderstanding and anyways the fix worked and I can print.

THANK YOU. Been struggling with this for 2 days with my Envy 5540 since reinstalling Win10. Tried the Windows troubleshooter, the HP downloaded troubleshooter, reinstalls, etc. No good. This fixed it.

I thought it hadn't because I was testing by trying to print a PDF from the Edge browser *spit*. This kept saying 'we couldn't reach this printer'. To fix this go here and find MatthewHartman's reply dated June 10 2016. That fixed THAT issue as well and I could finally print.

HP, you should include this in your troubleshooting app.

Decided to reinstall HP software to no avail, 12 frustrating attempts and nine hours later I found out that this was the root cause: Driver not compatible with a policy enabled on your computer that blocks NT 4.0 drivers!

Found Shlomi's procedure on the Google website and followed it step by step.

This method worked a treat for me and I was then able to install and use the HP printer software as directed by the installation wizard.

Excellent work Shlomi, you saved me a lot of trouble and heartache!