It has been a while since anyone has replied. Simply ask a new question if you would like to start the discussion again.
TheGudge
New member
1 0 0 0
Message 1 of 2
437
Flag Post

After updating to the most recent firmware (WEBPDLPP1N001.1834A.00) I am getting 'Connection Problem' 'General Error.' after scanning several (order of 20-40) items via 'Scan To Network Folder'. 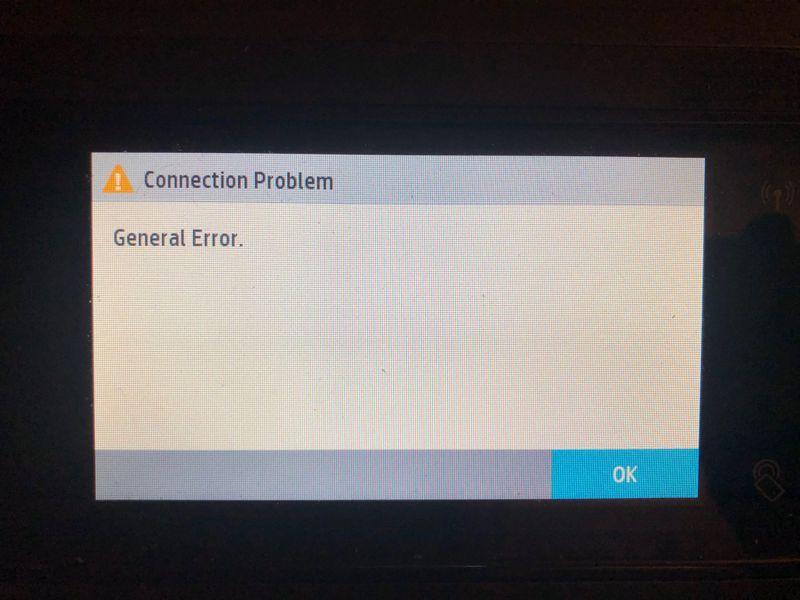 My only option when this happens seems to be to unplug the device and then plug it back in again. Trying to power down the device via the power button causes the device to 'lock up' after doing the 'Shutting Down' spinning circle for a few seconds.

When the 'General Error' happens, the web interface often becomes unresponsive, and I'm unable to re-start the printer from there either. This leads me to think that it may be an issue with network sockets getting exhausted and/or the memory allocated for said sockets being exhausted. The device seems to make a connection each time I do 'Scan To Network Folder'.

I've tried SMB 1, SMB 2 and SMB 3 connections to the network folder, but the problem still occurs regardless of which SMB protocol version I choose. The printer is connected to the network via a Cat-5 Ethernet cable into a Netgear 24-port Gigabit switch. The network folder is on a QNAP TS-453 Pro NAS.

This problem didn't exist with earlier firmware. Although I can't be certain exactly which firmware introduced the issue, I was certainly able to scan on the order of 70 items without encountering this error in January 2018.

I'd like to know if this issue is being experienced by other people, if there is a fix coming and failing that, if there is a way to revert the firmware to an earlier version.

I have same issue, im on osx 10.11.6 and yesterday was trying to setup "Scan Networkfodler" part. No success. So at the end of the day i press powerbutton and walk off. Then this morning it stilled showed "Shutting down", so that need a hard powerdown....

After tons of fiddling i got it to work by instead using a "Use credentials logged in user" vs " username / password combo". Now it did work. It seems that last update has some errors in code.