turn on suggested results
Auto-suggest helps you quickly narrow down your search results by suggesting possible matches as you type.
Showing results for
Search instead for
Did you mean:
Options
Anon16
Level 3
34 31 1 9
Message 1 of 47
804
Flag Post

I originally posted this issue here..  https://h30434.www3.hp.com/t5/Notebook-Hardware-and-Upgrade-Questions/CPU-slowing-right-down-and-CPU...  ... but so far no response, though admittedly there was a lot to wade through, and at the start of that thread I hadn't pinpointed the problem was with the BIOS.

I upgraded the BIOS from F.28 to F.31 in an attempt to fix the fan (almost) continuously being on. Initially this seemed successful and I was very happy...

Until I came to use the computer in anger to do productive things. With the slightest load, the computer would crater the CPU speed to a fraction of what it should be (often <1GHz; should be up to 4GHz, but at least 2.2GHz) - with all the reduction in usability you'd expect. (See post linked above for full information / screenshots / evidence / etc)

Switching back to BIOS  F.28 recovered the performance, but not unexpectedly, the 'fan nearly always on' problem returned.

I tried switching the BIOS versions back and forth a couple of times and it was consistent...

I've reverted back to F.28 because I really do need the performance - that's why I paid a significant premium for this CPU / memory / graphics card.

But the fan always being on is, I'll admit, quite irritating at the times (understatement) when I'm not doing productive work, so much so it's prompted me to try again with this post...

I note, since I downgraded back to F.28, the HP Support Assistant is still trying to get me to upgrade to the F.31. Surely HP aren't still putting such a performance killer out as a routine 'update'?

Or is it just my PC that's encountering this F.31 problem? Might there be another problem on this PC that's interacting very badly with the F.31 BIOS?

(Since I bought this laptop (for home/personal use), I've been given a new Dell laptop of very similar equivalent spec at work (6core, 4+GHz, 16GB, etc), and the experience is very different. That remains very quiet until the unit really is put under a lot of stress - and then it gets very noisy; but only under the sort of stress where such fan noise is to be expected, which even at work doesn't happen often, but that as a result feels a very stable, dependable, high performance PC on which I can breeze through productive work, without getting distracted trying to fix issues with it. But at the moment this HP Spectre fan / performance problems with the BIOS is really undermining my experience with this HP Spectre unit, which apart from these issues around the BIOS, otherwise feels like a great PC - the screen is great, the performance with BIOS F.28 is great ... except for the very irritating fan noise when it isn't under load!!.., etc)

@Anon16
I have brought your issue to the attention of an appropriate team within HP. They will likely request information from you in order to look up your case details or product serial number. Please look for a private message from an identified HP contact. Additionally, keep in mind not to publicly post personal information (serial numbers and case details).

An update incase anyone else is having the same issue....

First some brief feedback on support...

Not impressed that on two occasions now, when I spoke to support at the end of the call when they said they'd call me back, I asked when I could reasonably expect them to call back (just asking so I knew what to expect, not pushing them for a fast response), both times was told 24 / 48hrs, only to then not hear anything for around a week (still waiting on this second one).... wouldn't necessarily expect a solution that quick, but when they promise to call back in that time, they should at least send an email (or call) to let me know. On the basis of what they told me, I was making a point of getting home from work earlier than normal, and making sure the computer was on and ready, in anticipation of their call back.

That aside, I just noticed a new version, F32 of the BIOS is now available on the HP driver download site, which claims it "Fixes an intermittent issue where CPU performance is limited" . I don't know if that's been created in response to my reports, or whether they've had others reporting this same issue, but either way...

I've just tried it. But I'm seeing the same kind of results... (debatable whether there's any difference from F31)...

Again, running the HP CPU stress test... Task Manager is reporting around 1.1GHz, and Intel XTU is reporting fairly persistent POWER limit throttling. Not what I'd expect for a high spec CPU with a stated 2.2GHz base frequency.

As the screenshot above shows, temperatures are no higher than 62degC, which shouldn't require throttling. This doesn't look anything like a thermal issue. Thermal throttling is NOT coming on.

So why the POWER limit throttling?

I am experiencing the same problems, I can’t get the 28 firmware back, how did you do it?

@Menel If you wish to recover and older/last known good working firmware or BIOS back, here's what you need to do:

FOR DETAILS & FURTHER INSTRUCTIONS, USE THIS LINK: CLICK HERE & SKIP TO STEP 3 ONWARD

To add some context to this, I'm currently using my employer provided DELL laptop (or notebook as I believe they're called in the US).

Checking the specs of these CPUs, they are very similar - same TDP, same release date, same price, same lithography, same number of cores, same number of logical processors, same bus speed, same L1 cache, same L2 cache,  same L3 cache … only real difference is that the 8850H is just a little faster on the clock speed (2.6Base/4.3Peak vs 2.2Base/4.1 peak for the 8750H).

For a full side by side spec comparison, see here https://ark.intel.com/content/www/us/en/ark/compare.html?productIds=134906,134899

Yet what a difference in how they operate!!

Compare the screenshot in my previous post for my HP Spectre (BIOS F32) computer to this screenshot from the DELL under load...

Under load the DELL is running almost 400% faster.

That difference is far beyond anything that would be expected from the CPU specs.

According to the specs, the DELL's peak speed (4.3GHz) is only supposed to be 5% above the 4.1Ghz peak of the CPU in my Spectre.

And the DELL CPU's base speed is only supposed to be less than 20% higher than that of the HP's CPU.

By pure chance, using the compter on battery on the sofa, I noticed it was performing reasonably well. It didn't go below 2.2Ghz (or if it did, it was only briefly).

I was puzzled. Maybe it's related to being on mains power, compared to using battery. .. odd because usually better performance is achieved when plugged in.. so I did some experimenting.

It looks like the problem relates to having the keyboard swung back, out of the way, to make room for a full size bluetooth keyboard on which to do productive work.

I'd always intended - and always  have (so far) been, when using it on a desk, swinging the keyboard back out of the way (horizontally, with the keys facing down, as per the first illustration on the setup sheet that came with the computer).

I've just now tried the built in keyboard both forwards and backwards, and with it forwards, I'm now getting the sort of performance that I had been expecting to get!  It's now behaving in line with a PC of this spec!

OK, so I know how to get performance back, but only by not using it that way that I had intended when I selected a 2 in 1. I specifically chose a 2 in 1 so that I could swing the built in keyboard back to use a proper full size keyboard, but bring the screen close (particularly important with a 4K resolution!)

And the original F28 BIOS did give good performance when used in this swung back position.

So the good news is, it looks like I've managed to better localise where the issue lies!

But I do consider this issue still open, as I really do want to put the built in keyboard out of the way when doing productive work, in the manner intended when I bought it - and as the original F28 BIOS that came with the computer allowed me to do while still giving good performance!

the method you proposed performs the action but the version is still 32. This does not work. Rollback by selecting the BIOS file of the 28th version does not work - the system is informed that the image file is not intended for this system. 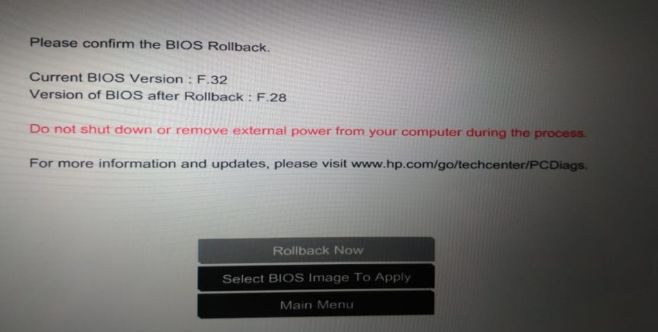 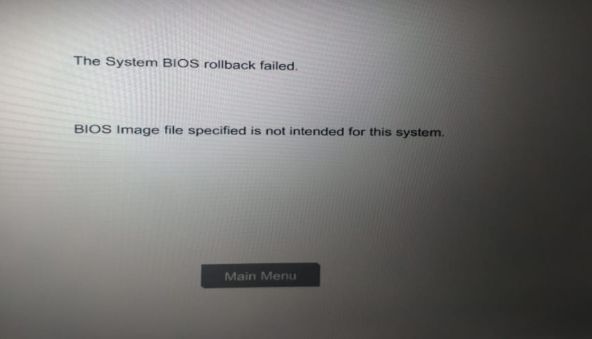 I tried to conduct a performance test in different positions, the result 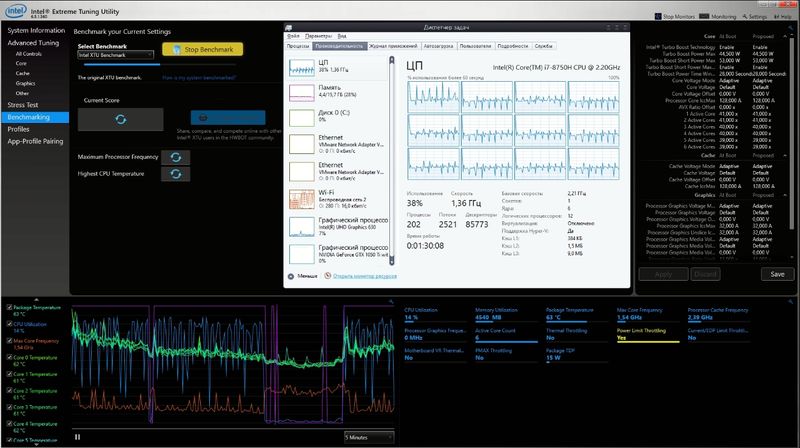 is the same, the frequency decreases

When you move the keyboard front <->back,  does the onscreen keyboard icon appear and disappear in the system tray on the task bar.

I just noticed on mine that the power limit throttling switched off right at the moment the onscreen keyboard icon disappeared from the system tray when moving the physical keyboard forwards. Might just have been a coincidence; but then again might not be.