turn on suggested results
Auto-suggest helps you quickly narrow down your search results by suggesting possible matches as you type.
Showing results for
Search instead for
Did you mean:
Options
sayukimaNS
New member
2 0 0 0
Message 1 of 13
1,187
Flag Post

The first part of the issue seems to be general image retention. If I use a program with a brightly-coloured/white background, it leaves a faint--but noticable--ghost of the image when a darker image is on screen. The second part is that there is some sort of "glow" that brightly-coloured/white windows have that extends from their top, and it even follows them if I move the window around.

I have attempt to both reinstall the current graphics drivers I have, as well as downgrading them, but the issue still persists. I believe it is not an issue with the graphics drivers, as the issue was still present even when I booted up Ubuntu 18.04 on a flash drive.

However, the issue is not present on screens such as the BIOS menus or start-up splash screen. I also have not had this issue before upgrading my BIOS to F.37; and even after reinstall F.37, the issue is still present.

I have made attempts to downgrade the BIOS in an attempt to see if this issue is related to the BIOS version; however, each time I attempted to install a previous version of the BIOS, I am met with a "Unable to open BIOS Signature file" error. And the BIOS Recovery shortcut (Win + B), just reinstalls F.37.

I am completely stumped as to how to proceed with this issue, so any help would be greatly appreciated. 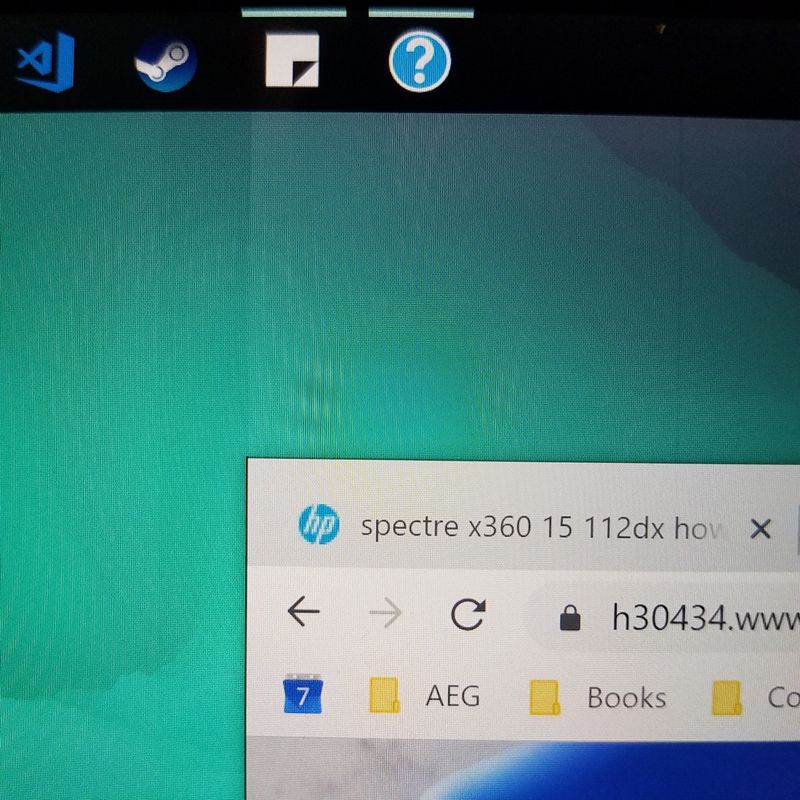 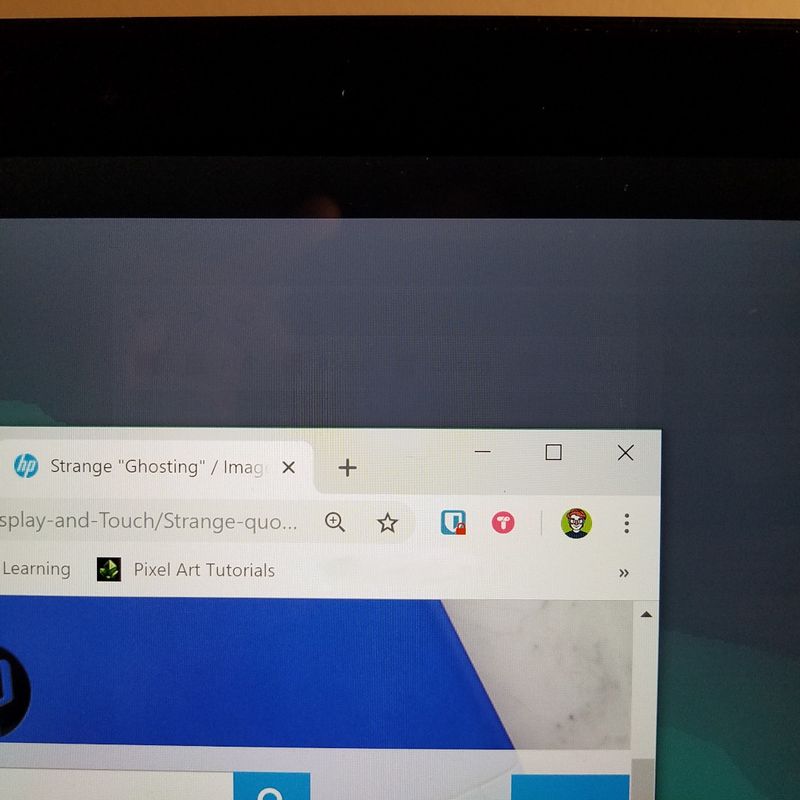 Mine is an HP Spectre x360 Convertible 15-ch0xx, and is doing the same thing. All drivers/software/hardware updates were done. Bios was stuck on earlier version, and manually updated it F.21, however it still persists. After doing tech support chat and stepping through the same things, says it's a hardware failure and I have to ship it back. This computer is just barely 4 months old!

I am having the same issues with my 15" HP Spectre. I have had this convertible for 3 months now.  This was not a problem when I originally got the laptop but it appears to be getting worse gradually.

It appears to be a hardware issues as it appears accross operating systems and not on external monitors.

I have exactly the same issue. Was anyone able to resolve without sending it back to HP?

I also have this very same issue. I have a family memer and a friend who have the same laptop (HP Spectre x360) That are having the exact issue described. It seems to have gotten worse over time.

When the laptop is "cold" and was powered off for a while, the screen looks normal.

As the day goes by, the bright shadows/lines get worse and at some point some burnt-in shadow windows get stuck in the background. The laptop is 2 years old with mild to average usage.

Given the number of topics on that problem on HP forums, we can conclude that these parts will go bad at some point. Shouldn't HP make a recall/replacement?

I am having the exact same issue with my HP Spectre x360 Convertible 15-ch0xx...

The issue has quite abruptly become worse, with NO change in my usage/the environment of the laptop!

I made a quick video to show the problem after using the laptop for a few hours. 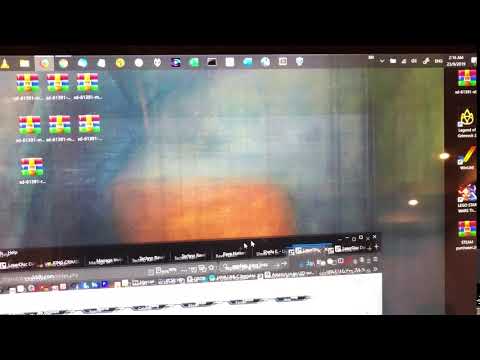 Exactly the issue mine has as well... 4K screen? Mines a 2018 version, still 45 days left on the warranty. HP tells me I must take it in to the authorised repair centre... Called them, they tell me they will fix it, order the parts, etc... Frustrating as anything, as I will then be without my laptop (and applications/data) used to run my business (CRITICAL) day-to-day, and will be at least 2 weeks... I'd much rather just have it replaced, to be frank...!

My computer Spectre 360t, is having the same ghosting issue. Thank you for adding the photos so we can all verify that it is the same thing. I have had it for 11 months and a few days and the ghosting didn't begin until about a week ago. Has anyone found a fix yet? I don't see any HP answers or follow up from folks on the post. Thanks,