I just got this desktop, maybe around a week ago. I keep having wi-fi connection issues, where the connection will just randomly drop (despite working fine on other devices) and I have force re-connect it, or even sometimes force shut down my PC because my PC will deadlock itself from me just trying to open the network settings. I read around and see that others are also having issues with this card. ALSO to note, my current driver version is 2024.0.10.223, and I see that there is an 2024.0.10.224 update provided by Microsoft Update Catalogue (https://www.catalog.update.microsoft.com/Search.aspx?q=Realtek%20RTL8822CE%20802.11ac%20PCIe%20Adapt...). Is this update compatible with my computer? Should I go ahead and install the update? If not...

I saw here that an intel card was recommended instead: https://h30434.www3.hp.com/t5/Notebook-Wireless-and-Networking/Realtek-RTL8822CE-802-11ac-PCIe-Adapt...

Looking through the guide, I found my current card and other suggestions under Wireless:

I believe my card is the last one? I don't know what "abgn" is, but Realtek RTL8822CE 802.11ac PCIe Adapter is what I found my computer to have.

So finally my questions:

Hopefully all the information I found being correct (such as I found the correct service guide for my product)...

-Which Intel card should I get to replace the Realtek one? (To note: I have a network band 5 GHz with a link speed (receive/transmit) 585/585 Mbps)
-How do I replace the card? I am an extreme computer/hardware noob and I don't know where to start, but I cannot keep standing losing my internet connection randomly. Hopefully there is some tutorial that will safely and in-detail help me how to physically install the card and what to do from there on the computer to make sure it's properly installed?
-OR, is it entirely possible for me to bypass all this and use an ethernet cable? Are there drawbacks from this?

EDIT: Okay I'm making both an edit here and a new post elsewhere. Thank you to the help of Itsmyname and Promethee. My computer is compatible with "Intel® Wi-Fi 6 AX 201 (2x2) and Bluetooth® 5 combo (Supporting Gigabit file transfer speeds)" for a new wireless network adapter, having been listed as one of the configuration options for the PC. I am kicking myself in the head so bad for going with Realtek instead of Intel.

Anyways, I'm having trouble finding this specific part on the web. Any help?

I'd like to see about getting and installing this adapter and updating my results here.

Over the years, new wireless communication protocols have been developed.

The "B" protocol maxed-out at 11 Mbit/second.

The "G" protocol maxed-out at 56 Mbits/second.

The "N" protocol maxed-out at 400 Mbits/second.

How do I replace the card? I am an extreme computer/hardware noob and I don't know where to start.

Hopefully there is some tutorial that will safely and in-detail help me how to physically install the card.

I would start by searching on Youtube, for "disassembly" videos for your model of computer.

Your computer has an add-in WiFi card, connecting to the PCI-e socket on the motherboard.

That card must be removed, to open the socket for your replacement add-in card.

What to do from there on the computer to make sure it's properly installed?

Either the replacement card will come with a CD, that contains the software to support the adapter, or a reference to a web-site to download the software, or Windows will automatically download  the software.

Is it entirely possible for me to bypass all this and use an ethernet cable? Are there drawbacks from this?

Yes.  You will temporarily need to use that cable to get a connection, to do any downloads of the new device-driver software.

The only drawback is a loss of "portability" -- limited by the length of the Ethernet cable.

But, your desktop also has a short power-cord, and a short cable from the computer to the monitor.

The speed of "wired" Internet should be the same as a new "AC-protocol" WiFi adapter.

Thank you for that info. Do you know which card I should replace my Realtek one with?

Hopefully those are even compatible with my computer. It’s hard to tell because I couldn’t find a maintenance and service guide for my specific model.

I deeply apologize, I appreciate so much you trying to help me, but you sort of lost me. I think I understand that you said I have the wrong manual, the one I found was instead for a laptop? But then after that I’m not sure what you’re explaining.

I see you list my current Realtek adapter, then “or”, then an Intel adapter.

Then, I think, you list a different existing desktop that uses the intel adapter you listed? Are you saying this intel adapter is compatible with my computer?

Again, I apologize for not fully understanding. I want to make sure I don’t make a huge error.

ok, just to try to clarify
Yes you gave a document for a laptop, as you asked, and we told you nothing about it, I tell you that it is not the right one, the components are certainly incompatible with a tower
see what is written:

yes, only computer page for sale

I see you list my current Realtek adapter, then “or”, then an Intel adapter.

Yes, it's two models sold with this computer
it is configurable at hp

Thank you so much for the help. Hopefully I can go about getting the new adapter and fixing the issue.

You have something new @blainecus
In the meantime, have you tried updating this, to see if it improves the situation with the original card?

I have an OMEN 30L Desktop so I used this tutorial by HP, starting at installation of Wireless LAN Module: https://youtu.be/d581-j3Rr-s?t=763

Definitely be as gentle as can be with the installation. There are two wires that should be labelled with 1 and 2 that attach to the, as well labelled, 1 and 2 ports on the module card, which thank god for it because my memory can be so short. And it was easy because it was a module you could pop out and replace by popping back in with another one. I am not a techie so I was so nervous doing this ngl. It didn't say in the video that I was watching, unless I'm a huge dummy and missed it, but I also removed all the cables on the back of the hard drive (as in power cord, display port for monitor, keyboard cable) and held down the power button for a 1 full minute to let the power drain out of it completely. I don't know, better safe than sorry I thought.

After installation, I plugged everything back in, turned on the PC, and nervously signed into my desktop. Nothing was popping up asking for my attention, so I thought I'd first see if it would let me manually connect to the internet. Opened my internet settings, connected to my home wifi, and it worked. Went to check the drivers in the Device Manager to make sure everything was looking okay. At first it showed an Unknown something, so I double clicked on it, but in a couple seconds, all on its own, it recognized it was the Intel Wireless Bluetooth under "Bluetooth" and Intel Wi-Fi 6 AX201 160MHz under "Network adapters." I clicked on Update Driver, it /said/ it was up to date after a quick scan, but I still had the option to check for updated drivers on Windows Update, so I clicked that, it took me to the Windows Update center, and I clicked the Check For Updates button. After scanning, "Intel - net - 22.70.0.6" popped up and started installing itself super quick. I went to check the information on my Wifi Network, and it shows:

My internet runs on a Wifi 5 protocol apparently, and this part is labelled Wifi 6, but so far everything has been working. Maybe I just can't use this LAN module to its maximum potential due to the limitations on my Wifi router?? I really don't mind that.

Everything is working okay so far and I'm hoping for that to hold. Thank you to the help of @Prométhée and @Itsmyname in this thread, and @Paul_Tikkanen over at this thread. 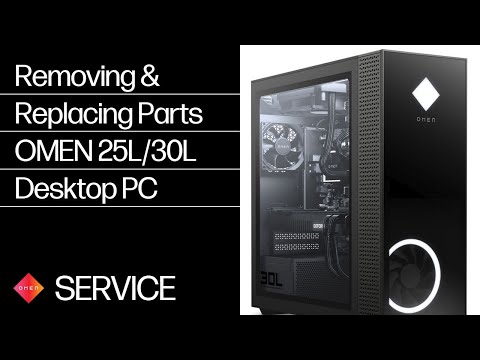 @blainecus -- Maybe I just can't use this LAN module to its maximum potential due to the limitations on my Wifi router??

Yes, you need to ask your Internet Service Provider to provide you with a modem/router that is capable of "WiFi 6".  They might say "no" or "we have none".

Also, what speed of Internet are you getting from your Internet Service Provider?