HP Spectre X360 keyboard replacement (from UK to US layout)

I have the same Touchpad bulging problem as for:

I disassembled my laptop and found the Battery is inflated, so I ordered the raplecement (902499-855), HP  original, from here:

Well, at this point I would also replace the Keyboard with a diferent Layout, if possible.

I currently have the English UK layout, I would replace it with a English US Layout ("~" key below the "ESC" key).

Are those two keyboards compatible, I mean, can I replace the UK one with the US one without any assembly issue?

And where I can purchase the US one? 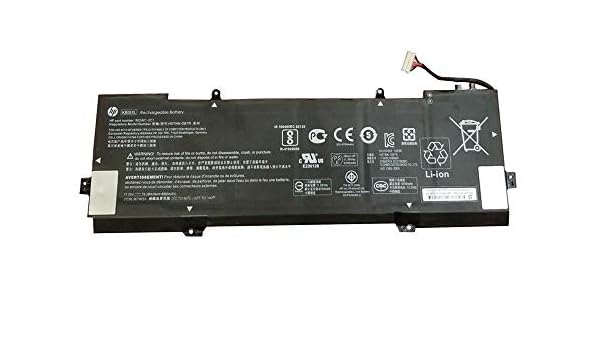 1) Click on this link - www.hp.com/contacthp/
2) Select your product type below.
3) Enter the serial of your device.
4) Select the country from the drop-down.
5) Select the chat or get phone number options based on your preferences.
6) Fill the web-form and proceed further.

I have followed your procedure, and I get two options: the first one is to come back to this forum, the second one is to get in touch, by phone, with the HP Customer Care service.

I already tried to get support from HP Italian Customer service, in the past (for other reasons) and I found it quite not Technical competent. They didn't solved my issue (which I solved then, by myself).

Then, I would go through the first option, which means having help from this Forum.

Would you please kindly support me in my request?

It is quite easy, I would know the answer to my two questions (said that I'm fully responsible for what I do on my laptop, ever):

- is it possible, from a tech point of view, to replace the EN-UK keyboard to an EN-US keyboard? I mean, are they compatible, at a hardware and BIOS level?

- if the answer to the previous question is "yes", could you please provide me a link where I can purchase an original HP EN-US keyboard for my "HP Spectre x360 - 15-bl001na" laptop?

Looking forward for your support,

Are you currently located in UK or US?

I'm based in Germany (and purchased the laptop on amazon.co.uk).

If you can provide a link, to purchase the official HP keyboard with EN-US layout, which delivers to Germany, would be great. Otherwise I can ask a friend in the UK.

You can purchase all the replacement parts available for your computer from the HP part surfer.

Follow the steps in the below article for detailed instructions.

let me say I'm quite annoyed by the low quality of the provided HP support.

My question is VERY EASY (please do NOT ignore it, pointing me to generic guides and so on... it would be very bad): Can you please provide a link, or a very unique browsing path, to lead me to the specific page where I can order that keyboard?

As you can probably see, it is a UK one.

I'm VERY sure you can understand, since you are a proficient HP professional.

And I'm even also sure you will soon provide me a smart, unique, safe link (or way) to directly access to that specific Keyboard purchase, which I repeat here:
EN-US Layout Keyboard replacemente for my UK Laptop "HP Spectre X360 Convertible, 15-bl001na".

Many thanks in advance.

If the HP Keyboard ( US ) is not available on the HP UK Part Store, then you will need to contact HP UK Support Team and check if that keyboard is orderable

unfortunately I can't really help you with your issue but I have the exact same laptop and recently spilled something over it, which seems to have damaged my keyboard, so if you find out how to get the US keyboard for yourself, would you mind selling me your old one? 😅

here is my bad experience with this topic (keyboard replacement for HP Spectre X360).

I wanted to replace EN-UK keyboard with EN-US one, which means I was looking to have a different keyboard Layout.

I ordered the EN-US one, HP original, and I discovered that it is made by two parts, the keyboard itself (with his flat cable) and a self-adesive layer behind, for retro-illumination, with its own flat cable.

- the keyboard flat cable IS DIFFERENTLY PLACED in the two keyboards (US and UK), with a shift of about 1cm which force the flat cable to a very bad torsion and bad bends.

- the retro-illumination layer (US layout) has a flat cable placed FAR AWAY from the other one (UK layout) and then far away from the Motherboard connector. VERY BAD.

Then, I successfully installed the "keboard part", even with that flat-cable torsion, and I have to hardly work adapting the old retro-illumination layer to the new keyboard (different set of screw, different references), in order to have its flat cable plugged into the motherboard.

Above all, I followed this OFFICIAL HP support video: https://www.youtube.com/watch?v=5Yhkx6zxTow

which claims to be the same for all the Spectre models, which is absolutely false. Indeed, I had to dismount the whole colling system (not just the fan) because (and it is, again, VERY BAD) the cooling system was hiding one screw, which it is necessary to remove in order to take out the montherboard.

At the end, it worked, but it DOES NOT MAKE any sense that HP designed different flat-cable connectors depending just on the keyboard layout, different screws set, no sense to have to dismount the cooling system out of the chipset when you remove the motherboard... and so on.

I made the same identical intervention (replacing German Keyboard with a US keyboard) on a Dell Latitude 7400, and it was wonderfully smooth and easy, with a very detailed support video (not rough and inaccurate like the Official HP ones are).

No more HP Laptop for me, from now on. 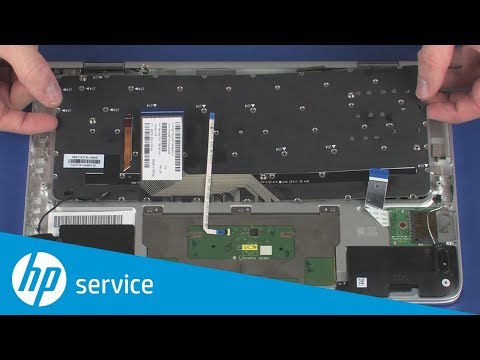 Replace the Keyboard | HP Spectre x360 Notebook | HP
youtube.com/watch?v=5Yhkx6zxTow
Learn how to remove and replace the keyboard for the HP Spectre x360 notebook. For other helpful videos go to http://hp.com/supportvideos or http://youtube.c...
Reply
0 Kudos