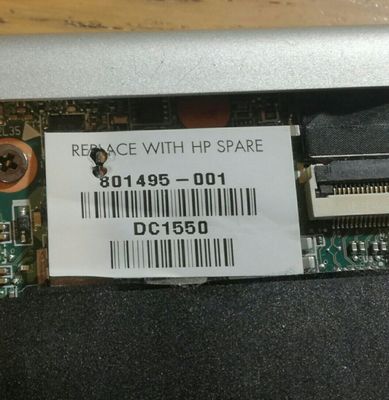 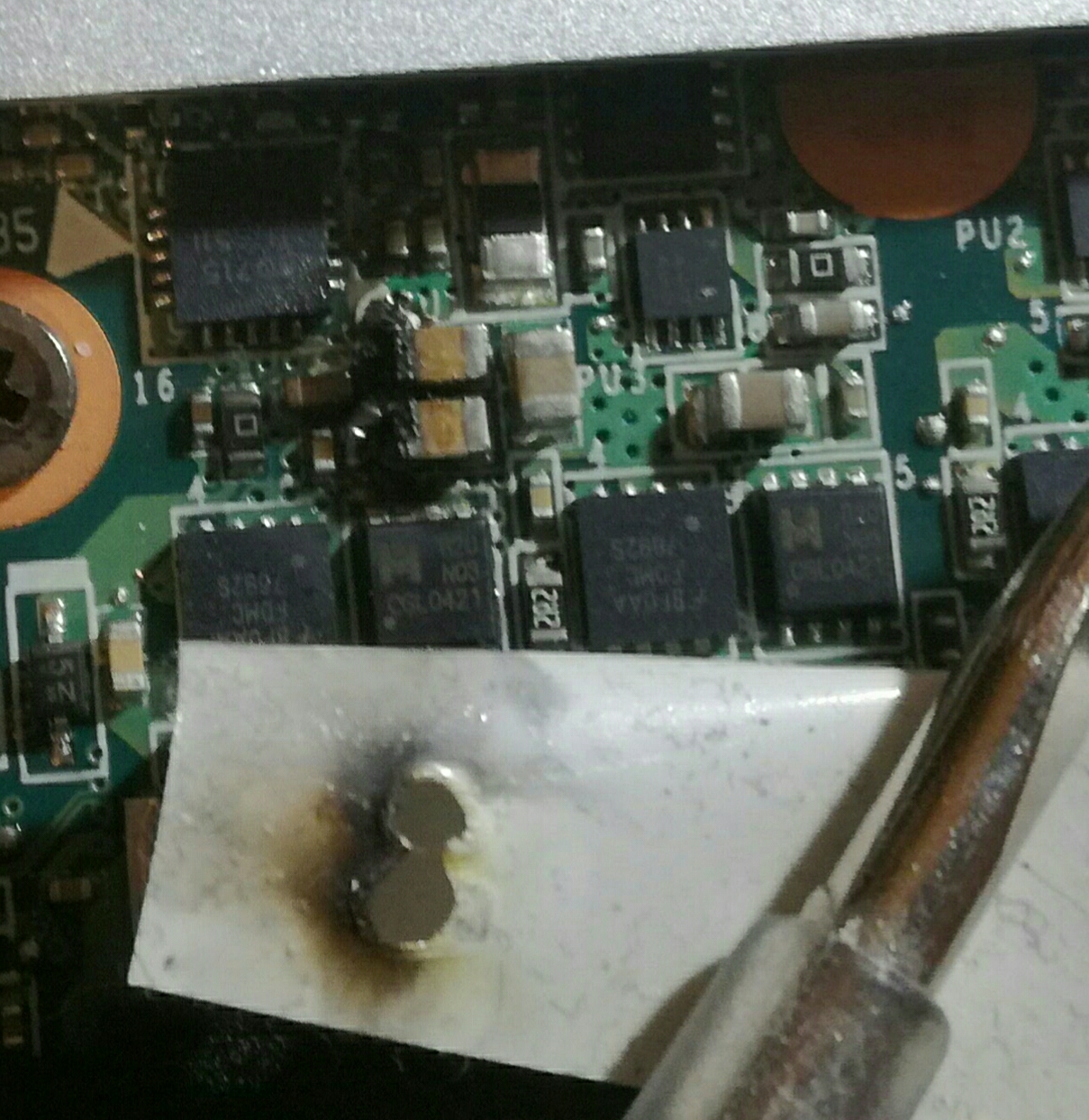 I just received my laptop back from HP yesterday. I sent it off only last Thurday, so the repair was much quicker than expected. (over the weekend) Initially,  almost a year ago it was estimted at 3 weeks. It was just out of warranty as I had mentioned and I waited as this issue became more widely known before trying again to get it corrected. After just paying it off, I couldn't afford pay for it again? I waited.

After posting here recently, a case was made and I was contacted by a manager who initially was not offereing to correct the problem at HP expense. A little more conversation, and she suggested I take the back off and send pictures of anything visibly damaged. My burned spot was not in the typical location others have posted, but was a ribbon wire obviously overheated at a connection to the motherboard. After a couple of days I was contacted with an offer to repair as a customer courtesy at HP expense.

I give credit to the users of this forum who have been persistent throughout, as I just recently rejoined the chorus.

I also thank the case managers who were prompt to review the photos and description of the problem.

I don't know why each and every unit that has the issue hasn't been repaired or replaced. It appears they are being done on a case by case basis. I don't know if I should hold onto the unit, as I had to move on a year ago with a different plan for my mobile office work. It has a 3 month warranty so I'll have to decide if I should sell it now, or chance it happening again. There have been some reviews posted online of the problem recurring.

Just googling the Spectre problem returns a lot of negative PR, and while they have repaired my unit along with others here, I cant see how this is going to just go away anytime soon.  I really would like to see companies of this size and capability just absorb the loss, learn, correct, move on and do the right thing every time.  Certainly, in small business as I am, you cant afford to be selective with who you satisfy. I appreciate them for eventually fixing the issue, but it shouldn't have been such a long road in my opinion.

Brand new worked for overa year I diagnosted it myself realized what was wrong so after an hour with indias.hp support I'm a told I needed a hard drive. I also logged his name and support ticket considering Class action lawsuit. They are all defected.

Contact me if interested in getting what we pay for. Not service from third world countries that can't troubleshooting they just read a scrIpt. So comical I called twice and sure enough was told two completely issues which they wanted over 700$. I had Them document every call in their system for future. I also had a certified repair shop diagnose It and give me the same errors I've originally concurred. It's also notarized. So I'm gonna call tomorrow  because I believe everyone who purchases unit in the same defect and floors and HP is in trying to recall the unit they're just trying to make you pay for their mistakes

HP Recommended
I don't know why HP is covering up this issue when it's clearly a model defect, I've bought a new dell laptop for less money than hp wanted to repair my defected Spectre and am extremely happy with it. Every day, a 15-24month old Spectre is failing, HP not informing their customers of this is a mistake. I try to comment on their social media to let potential customers know the potential pitfalls. I believe HP should get in front of these problems and do a recall of the product or at least let other customers and their employees (customer service and tech service both at least pretended like they were unaware of rampant issue) know about the defective motherboards in spectres.
0 Kudos
Highlighted

SInce getting my laptop back I've had 2 emails checking to see if its working properly, so they have follwed up on the repair. Time will tell I guess.

Yup, same thing happened to me.

I got contacted by a very nice support rep and while I mentioned I could literally prove we've purchased 50+ HP laptops/desktops/servers for all of our companies (We're an MSP), they still said it'll cost $700 to repair since its out of warranty.

Essentially, what they're saying is their laptops dying after two years is considered NORMAL.

TWO YEARS FOR A LAPTOP THAT COST OVER $1500 IS NORMAL?

While Apple machines are overpriced, their build quality never gives me issues and when it does (e.g. when my MacBook battery practically imploded, similar to this), they replaced it FREE OF CHARGE since its a clear company defect.

The sad thing is they (the mods) make it sound like you're getting contacted by their support to receive actually beneficial support but its practically a sales pitch.

Not sure what to say here guys, might want to consider Dell or Apple at this point.. Lenovo also has AMAZING customer care, they send replacement boxes next day at one of my clients.

What an absolute joke.


it's not right what they're doing to us the units are barely a year old and what are the odds they're all going over the year warranty I mean what kind of stuff is this. So they have until Monday if I don't hear back I will contact the rep directly and I fully expect them to rectify this and either repair my unit or replace it I will keep you guys updated on my situation and how to handle it to get it done

Give the defect, what is the process for me to be reimbursed for my repair by Best Buy's Geek Squad?

Thank you for posting on the HP Support Forums,

I have brought your issue to the attention of an appropriate team within HP.

They will contact you shortly and likely request information from you in order to look up your case details or product serial number.