I just bought myself a refurbished HP EliteBook 840 G1. Now I see in the HPSA that I have to do some updates.

- Is it to recommend to do all these updates?

- About the one below, the update for the Intel Bluetooth Driver: where do I find the old package and how do I remove it ?

There are at least 43 pieces of software there.  A description of what it does, so you can judge before applying.

- Fixes an issue on a Miracast-enabled system which causes a blue screen event to occur after Connect is selected to play local video on the system.

But loosely yes apply them automatically.

Easy to update, difficult to roll back.

If the Intel bluetooth software & driver is already installed on your notebook, and you want to update it, you can uninstall the current version by going to the Windows control panel>Programs>uninstall a program.

Find the Intel bluetooth software, select uninstall, when the unistall is finished, restart the PC and install the latest version.

First of all: thanks for your reply!

Hereby a screenshot from the Windows control panel>Programs: 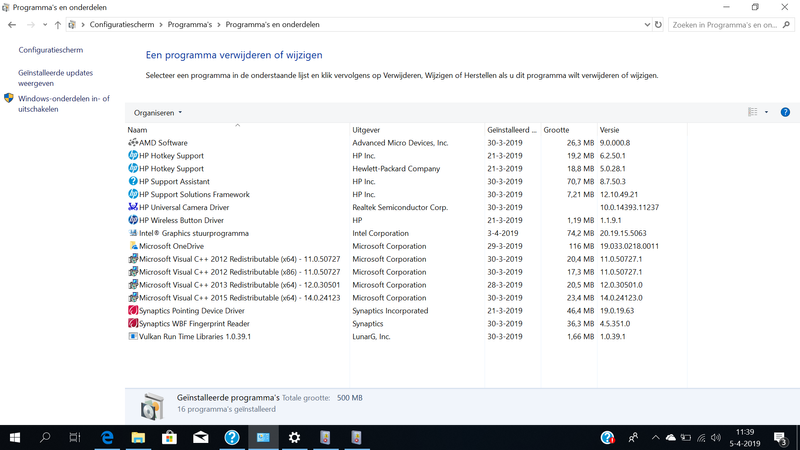 I can not find any Intel bluetooth software here.

But what I did find at: Settings>devices>bluetooth and other devices>more bluetooth settings, is: 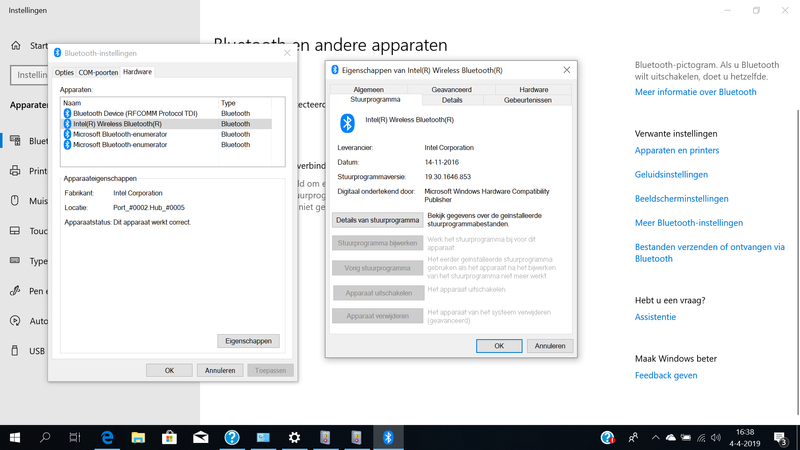 So, is this Intel(R) Wireless Bluetooth(R) driver not a previous version of the Intel Bluetooth Driver I want to update? (see screenshot below): 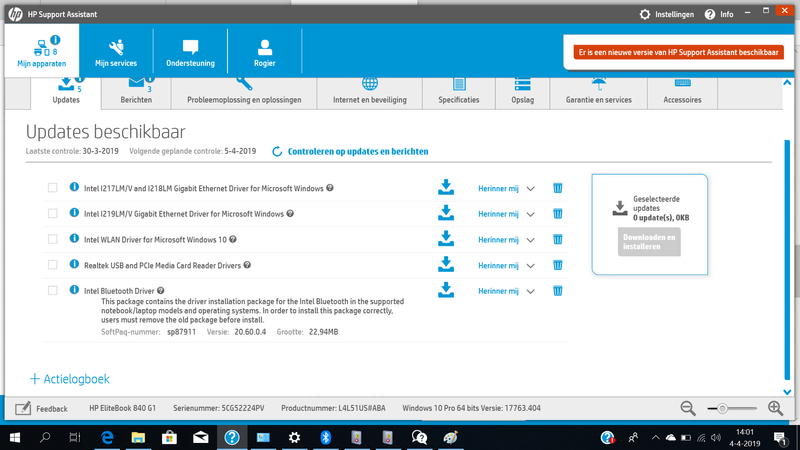 And is it to recommend to do all these update as shown in the screenshot above?

Yes, you can go ahead and update it.

Coincidentally, I had the same Intel bluetooth driver update show up on my little HP Stream 11 Pro G4 last night when I ran the support assistant.  My notebook has the Intel 7265 AC wifi adapter.

I followed my own guidance, looked in the programs menu, there was no Intel bluetooth software listed, only the driver like you have in your screenshot.

I did not uninstall the Intel bluetooth driver in the device manager.

I let the HPSA download and install the updated Intel bluetooth driver, and it worked just fine.

I don't have the new driver version in front of me to tell you, but the new version date (which I remembered, because it was Dec 31, 2018).

There used to be a large Intel bluetooth software package that used to be in the Programs menu, and that is what you needed to uninstall prior to updating with the new software and driver.

It looks like the new package only installs a driver and no big software file like it used to.

As far as all of the other updates...yes, I would let the HPSA install all of those too.

No special action should be necessary prior to installing the drivers.

I would restart the PC after all of the drivers have been updated though.