It has been a while since anyone has replied. Simply ask a new question if you would like to start the discussion again.
Note for common printer problems
Customers receiving the"will damage your computer" message along with others like "unable to access cups/tmp" or "'@%' cannot be opened" need to update their version of the macOS. Please check this article for more information: "HPxxxxx.framework" will damage your computer" message in macOS Catalina or Mojave .
Highlighted

Hi, tried a firmware update late last year using a USB Flash Drive and the printer update menu. Had an error and did not work. The issue I think is with the Mac OS Majove. The document physically scans but the OS does not render the document, when you try to open it it shows an error.

Thank you. I will try update firmware later today.

Now i can scan with Samsung Easy Document Creator, but really would like to scan "old" way. 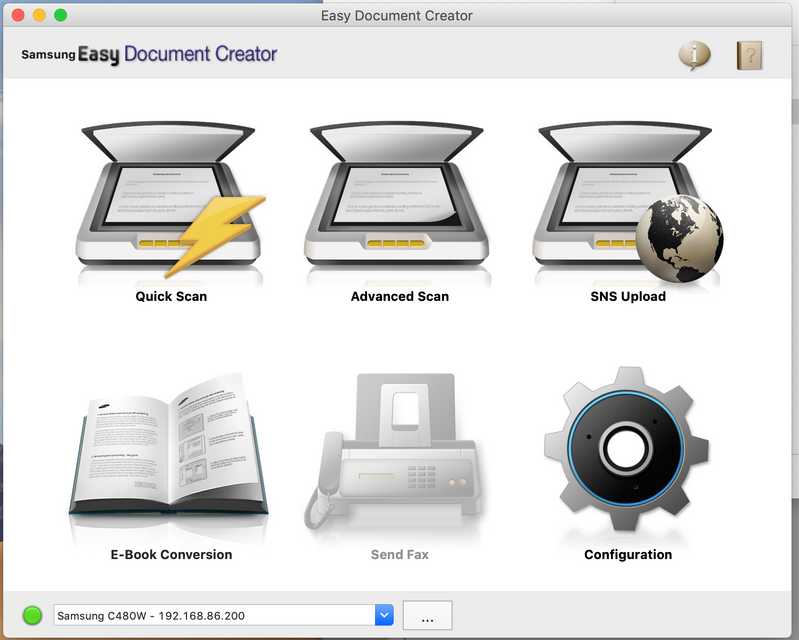 This is the latest version of Firmware that can be installed from MAC:

The printer needs to be connected wireless to be able to update it (at least from a MAC) and the instructions are in the same zip folder in a PDF.

The login information for the SyncThru Web Service is:

Let me know if you were able to update the Firmware.

Knowledge is to be shared.
0 Kudos
Highlighted

I was able to update firmware, thank you.

I think you mean that you would like to scan using the MAC software, you can try with some alternatives that we have at this link: https://ftp.hp.com/pub/softlib/software13/printers/SS/SL-C480/C48x_Series_Mac_ScanDriver_V2.31.62.zi...
There is no warranty that these drivers would work with Mojave, the thing is that the recommended software by HP is always the Samsung Easy Document Creator cause it would have the full features available.
Regards.
Knowledge is to be shared.
0 Kudos
Highlighted

samsung printer as noted above samsung was bought by HP

so far the tech support has been less than stellar

is this the support we loyal customers can expect from HP?????

is HP selling new printers on amazon and others but simply not supporting newer OS ??

and they seem to upgrade drivers even for their "older models"

apologies the printer I use is Samsung m3870fd

bought out by HP

I have the same problem. The scanner has disappeared from my applications following an OS update.

Recently updated to latest OS Catalina. Scanner does not work at all now. It appears that HP who now own Samsung printers have not provided Apple with an update for the printer software. Solution long term is to possibly buy another printer/scanner.